Webinar presenters Kaitlin Seale and Colleen Owens answered a number of your questions after their presentation, "The Role of America's Law Enforcement in Labor Trafficking Identification." Here are a few of their responses.

Audience Question: Colleen, the first question is for you, I believe. Are you looking to expand your analysis to include more than just original foresights?

Colleen Owens: That would be great. Unfortunately, the funding that we have to do this study is over so we would have to apply for new funding which is not out of the realm of the possibility. I'm always looking to continue research. If there are folks out there interested in partnering, I'm happy to do that. I find that the most fruitful research efforts involve working together with people in the field. Call me. You'll have my contact information.

Audience Question: Did you find any link between labor trafficking and the strength of either the home country's economy or US economy?

Colleen Owens: That's an excellent question. We didn't specifically do an analysis on that piece of it. It probably wouldn't be surprising to folks when you look at some of those push factors. Certainly, those top six countries of origin and really over 25 countries of origin in our study tended to be poor countries in terms of lack job opportunities, high rates of unemployment and a lot of internal migration as well as external migration. Sometimes it is even encouraged by the government. For example the Philippines, they have an office of overseas workers and they encourage folks to leave the Philippines for work. Yes, I think there is that overlap where folks are generally coming from poor countries with poor economies to the United States and some other Western countries in search of work and they’re being promised one thing and another thing happens when they get here.

Audience Question: Are home countries attempting to educate people about how not to be victims of labor trafficking?

Colleen Owens: It depends on the country. I have heard of efforts ongoing. Some of those efforts are being funded by European countries. For example, I did some research in Norway. Many of their trafficking victims come from Nigeria and they're working collaboratively and funding some organizations in Nigeria to do a lot of that awareness-raising there. I think that's a really great question because it highlights that we can do only do so much in the United States but it is often an international issue and it requires international collaboration and partnership to do work in sending countries as well.

Audience Question: What are some of the challenges you've seen with law enforcement agencies that are trying to address labor trafficking in their location?

Colleen Owens: There are several. The biggest challenge I'm hearing is folks don't know where to start, that it is overwhelming, that it can happen in any industry and how do we get a handle on it. The second is how do they begin to do that? If they are not receiving tips then how do they start to respond to it? One suggestion and I can talk longer offline about some ideas here but it's about starting to gather, create a picture, a potential sort of threat assessment within your local area to get a handle on where to start to focus limited resources. Do a lot of coordination and outreach, maybe one or two folks in a unit, and you may actually end up generating cases when you reach out to folks in other units. For example, financial crimes, folks that might be dealing with drug trafficking or organized crime and educating them on indicators of labor trafficking. You may find that you're going to start generating cases that way and doing a lot of collaboration with community partners, immigration rights organizations or individuals who are doing farm worker outreach and other groups that are more directly connected with populations vulnerable to labor trafficking.

Whether US citizens with disabilities or immigrant communities — who has the trust of those communities? Make sure you educate them on trafficking and create trust so they know when and where to refer potential cases. We've seen some very successful partnerships in some states where they do that and they were able to generate cases that way. One way of measuring success is generating a case which results in an investigation or prosecution. But it also involves identifying an individual and getting them services and help they need despite whether a criminal case is investigated or prosecuted. If you're struggling with investigating, and then getting these cases prosecuted, you are not alone. That's a common challenge I hear everywhere. Just to focus on the question earlier, it's rare to have a state prosecution of a labor trafficking case because of a lot of issues. The prosecutor may be reluctant to take it on due to untested laws, they may charge the labor trafficking case with other crimes perceived as ore easily understood by a jury. When labor trafficking cases do go forward to prosecution, commonly it is on the federal level. This is due to a host of factors, but sometimes because they involve foreign nationals.

Audience Question: What does the ICE tip line personnel do upon receipt of a potential trafficking and  I think the real question is do they end up working with local law enforcement agencies for follow-up or they have their own investigators?

Kaitlin Seale:  There are investigators within homeland security investigation that take on the case. The call comes in and the call line team assesses it and sends it to the appropriate entity within the homeland security investigations. It’s important to remember, the tip line is for more than just human trafficking; it is for a multitude of different crimes, so the calls are sorted out and routed to the appropriate investigators within the department. As you saw in the case I shared earlier, it is very possible they can work in conjunction with local law enforcement as well in these cases.

Audience Question: If a person applies for a T visa and they are denied, can they then be deported? If so, what is the impact of this on labor trafficking?

Kaitlin Seale: That's a really good question. I'll respond and then let Colleen provide input from her perspective as well. If a person is denied a T-visa, there is a process for that individual to appeal the decision. This is through the US Citizenship and Immigration Services also located within DHS. If the case is ultimately denied, then USCIS could put them into removal proceedings. At that time, they could raise any defenses they may have to removal. We recognize that labor trafficking victims may have a fear of working with law enforcement and work hard to ensure the benefits available to victims are utilized. Colleen, do you have any perspective from that?

Colleen Owens: Technically, yes. If a person applies for a T visa, they are exposing themselves to a process. I think from a research standpoint, we don’t know what's happening with respect to whether individuals are being placed into removal proceedings following T visa declinations. You would really need to do a study to provide the answer as to what's happening after T visa applications are declined because some of it is now anecdotal and it would be really good to have that answered in a study.

Audience Question: Does the Blue Campaign offer training for advocates in working for victims of labor trafficking?

Kaitlin Seale: We do offer educational awareness to the general public and organizations, especially those in law enforcement, through our website. Those interested in further training, should email us. If it's something that we can accommodate, knowing that resources are constrained, we will try to accomplish. We are interested in spreading awareness through more in-person or in virtual sessions like this one.

We're also hoping to get more training up on industry-specific indicators, for those entities that have a role to play combatting trafficking — look for that in the coming year.

Additionally, while we are not a grant provider, one of the benefits we have are free resources and tools, and our ability to go out and provide training like this one. Keep checking on the website too as we continue to update our portfolio.

Click Here to Watch a Recording of "The Role of America's Law Enforcement in Labor Trafficking Identification." 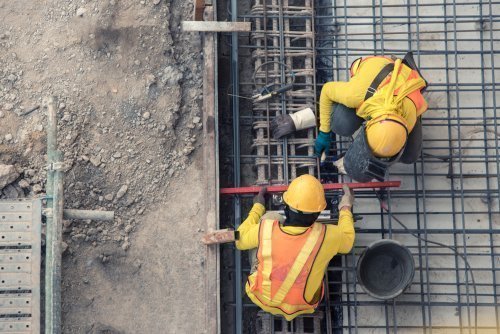