Webinar presenter Al Cobos answered a number of your questions after his presentation, Motivation and Meaning for Law Enforcement Personnel.  Here are just a few of his responses.

Al Cobos: You know, it’s actually one of the classes I’m working on developing, which is managing your boss because we end up having to do that from time to time. Usually, it’s a pretty good deal, in terms of your boss, but sometimes, there’s some of the up-managing that you have to do. But I think, in order to address a direction that may be contrary to the mission, or maybe not a good idea, it’s good to use the “ask versus tell” approach. I’ve always asked questions. It’s a process. It’s actually a clinical process called motivational interviewing. I call it a motivational conversation as I use it for talking to people. And it’s creating these dialogs to move your people and attended path. I have done this during meetings. And even if it’s with the supervisors at various ranks. I personally may not think it’s a good idea, or maybe the wrong direction. And I start off with just questions of clarification looking at it so, the question seems like I don’t understand the particular topic that’s being talked about, although I may fully understand it, but I’m trying to move the conversation to where maybe there’s a different way of doing it. So, I always would start off with, “Can you run this by me one more time? I see what we’re looking at, what’s an alternative direction, or can I need some clarification? That’s because I have this other question so that way it’s not accusatory. There’s also a methodology and how you ask the questions. I suggest we do this in our captain’s college when it comes to, particularly your supervisor, but it also applies. If you’re asking questions of supervisors. Try to avoid the word, why, because now you place a person into a position of defense. It’s kind of verbal finger-pointing, why this? instead of getting an assessment, you may be getting a justification. From a position of defense and then the other word I suggest avoiding, when you’re asking these questions of clarification would be avoiding the word, “you.” You think about, if you combine those two words, why did you, now, you’re really in a position of defending your answer. So, you know, there’s a methodology to it but I usually start off with just request for clarifications. Maybe a statement or a question that kind of shows an alternative action. And it’s a process, may not be completely successful in one interaction. But I look at it as kind of like a sales process yet. You have to keep working on it. So, you can move people into the right direction, but it’s usually well-placed questions. It’s a strategy that I use when I’m trying to direct supervisors into a desired direction?

Audience Question: I love the feedback you just shared because I can also see parents using exactly what you just said. Why did you know? With our kids of, if we can, if we can sidestep using that phrasing or those words, being able to open our kids up, to be able to respond and build that dialog so, I can see what you’re sharing is, could be applied in a lot of different ways.

Al Cobos: You’re right. I learned this relatively recently, probably the last, like 8 to 10 years. I have six kids, My youngest is 22 and I routinely say, I wish I’d known this 20 years ago. It would have made things a little easier because I was definitely in a “tell” position, but I understand the ability to ask now to actually get more done and walk people down a path. So, it definitely does help outside of your professional life.

Audience Question: So, we’re talking about fear and the role that fear is playing in the profession. She wanted to know, with today’s current issues going on do you feel that we are dealing with fear, leading fear, public fearing our law enforcement professionals, and law enforcement reacting out of fear at times and situations? She goes on to say, the code of silence in the case of needing staff to step in at times when someone is getting lost in that fear and reaction and attempting to redirect the situation to a different result.

Al Cobos: I like the question because it talks about fear from the position of the community but also the position of law enforcement. So, I looked at it as a balanced question because you’re looking at both perspectives in terms of decision making, fear is an overlay and again, if you get back to Maslow, the whole safety needs, you want to feel safe. And if you don’t feel safe, it can prevent you from making a decision. It could be a decision of inaction, which can cause all kinds of problems for public safety, because we are duty-bound to provide certain actions for the public in the community, because of our need to help people and save people’s lives. But from the community aspect, if there’s a fearfulness, then that fear lends itself to a lack of legitimacy. And when there’s no legitimacy, that’s when people don’t want to show us their identification during a traffic stop. They’re not going to listen to dispersal orders at a protest, that has been deemed to be unlawful. So, it definitely impacts both, the way to bridge that gap internally, for law enforcement. We’ve got to be able to talk about those fears and then we got to move or people beyond them feeling unsafe. And it goes to assurance, people, they’re going to do their job, and I think most of us know that we’re going to make some mistakes in our career. But you want to have an assurance that if I make a mistake, not “ill will” mistake, but just a mistake that I was going to lend itself to discipline that it’s going to be corrected. People want to feel safe with that instead of I’m going to potentially get fired. Then on the community side, it’s a conversation that we have to have with one another. It’s humanizing what we do, explaining why we do what we do. But I think the other part of it is if our communities involved in an action that is wrong, we need to be able to offer that critique and say it was wrong or it could have at least been better. Because if we unilaterally say there’s no critique, then that potentially it erodes trust, but it also increases fear. So, it’s not an easy solution here. Robert Gates, I saw him speak a number of years back, he was asked a question about, the politics of working under two different presidents, President Obama and President Bush, and the political aspects of it. And what I learned from him was, he said, people expect simple solutions to complex problems. And what really resonated with me was complex problems require complex solutions, and there’s a complexity when it comes to fear, both on the community side and on the law enforcement side that needs to be addressed. And it’s a series of conversations, but there’s a good amount of complexity that needs to be addressed in order to mitigate the whole aspect of fear because it does affect the way we make our decisions.

Al Cobos: It’s those, transition questions again. I had one training that I was offering for implicit bias and as soon as you get started the class into a very tenured sergeant in the Department. And he offered an assessment of “this is why things are all screwed up right now.” This was a number of years ago. And instead of trying to tell them, Hey, things are changing because it’s needed. That’s the way it is. You know, whatever approach you want to use. I asked him a simple question, which was, Why do we have this training now? Why did this come about? Initially, he didn’t, but I had to follow up. How do you think we got here? What do you think happened in the past? And again, it goes to the transition questions. What was done in the past? Maybe not our agency but other agencies. Which got us to this point, why is it needed, what are we doing now? And then eventually, it’s what can we do better? But I really try and put it on the person or the teams’ plate in terms of the transition of the change. If you had to implement this change, what would it look like? And I know with some agencies, wearing a seat belt’s a cultural thing, you just don’t want to wear seat belts because it’s an Officer Safety issue, which is an argument that’s brought up. And you can talk about it all day long, but we’ve actually gone to, hey, if you had to write the seat belt policy, what would it look like. When they actually create that policy, even though it’s an exercise. It has about 85% to 95% of what the current policy has, so now we only have to talk about 10% disagreement. But you’re much, much closer to where you want it to be than at the beginning of the conversation, So again, it’s the ability to ask the right questions to move them in a direction. And a really easy one is, what you’ve talked for a bit is, if you had to implement this, or you had to implement the change or come up with a change, what would it look like? And, they will be farther down the path of that change, then you probably would expect.

Click Here to Watch a Recording of Motivation and Meaning for Law Enforcement Personnel. 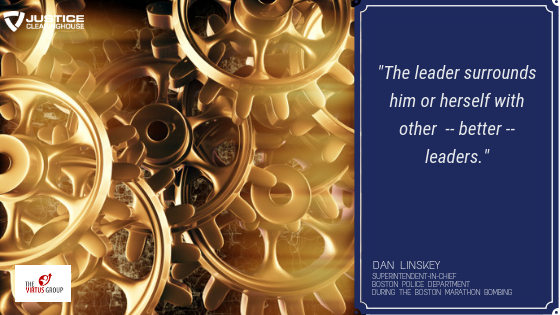 Dan Linskey, Superintendent-in-Chief of the Boston Police Department during the Boston Marathon bomb […] 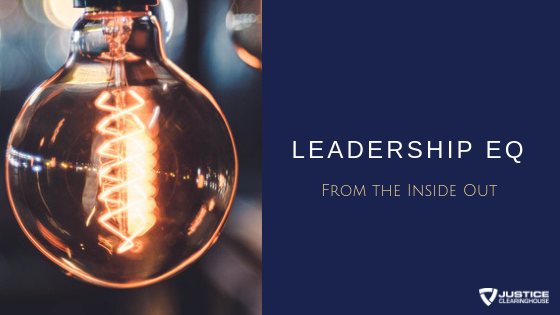 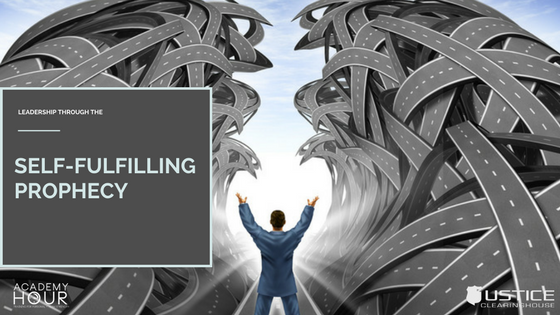 Leadership Through the Self-Fulfilling Prophecy