Webinar presenter David Rogers answered a number of your questions after his presentation, “Report Writing for Probation Officers.” Here are a few of his responses.

Audience Question: Dave, you talked about how some agencies don’t have standards for how their officers should write their reports. For the managers in our audience, how would you recommend they establish standards or level set those expectations?

David Rogers: If I were a manager of a probation department and there were no standards for writing reports or anything, what I would do would be to contact individuals who have well-established programs, find peer agencies that have a really well-established standard for report writing and kind of see how they do it, see what they use, see what they develop for that kind of a thing. There are professional organizations out there that also have a lot of resources that you can obtain. Working with some of my tribal communities, probation is a relatively new field for tribes. Back in the 1990s, there was just a handful. Since the 1990s we’ve seen new departments being created every year. Many of them are starting from scratch so they have to develop these components, sometimes they are rushed to develop probation programs, certain things like reporting standards are left in the early on development. We encourage them to contact agencies that have established themselves well in that area, not to copycat but to learn and adapt. I always say don’t copy somebody else, don’t copy their report forms, it may not sit well for a particular jurisdiction but shop around and see what are the best ideas and the best concepts that you can apply to your own agency.

Audience Question: Just a point of clarification what is your website’s URL address?

David Rogers: It is www.tribalpsi.com.

Audience Question: What is your professional opinion regarding treatment versus incarceration? Do you believe that treatment should be a key issue for rehabilitation? What are your views regarding supervising clients who suffer from drug addiction?

David Rogers: Oh my gosh. I can do a whole class on that one. Confinement and locking people up, quite frankly, accomplishes nothing but keeping them out of the public which in many cases is a good thing. However, it is evidentiary proven that incarceration alone does not improve an individual who has any multitude of issues with clients that we have, addictions, behaviors, anger, so on and so forth. In fact, it has a tendency to make them worse. A combination, I mean if you have to have a combination of incarceration and treatment is the one thing that has been proven to work. Treatment is incredibly important. I know some law enforcement guys and I know some probation officers saying, “I didn’t get to this to be a social worker”. You know what, we kind of are. We have to take responsibility for our citizens. In treatment, our goal in probation is to change the behavior of an individual. Our goal in probation is to try to get these folks out of their cycle of crime and be productive. Otherwise, we’re just banging the gavel and sentencing people and arresting people and processing them — we’re not getting anywhere. I’ve always said and I sincerely mean this, judges can spank the gavel as long as they want to and sentence people and cops can arrest the people until the cows come home but without the probation department, without probation making sure that the clients are meeting all of the conditions of their probation going to the treatments that they need to go to, going to the counseling that they need to go to, doing work release or community service or whatever it is they need to do is pointless without probation. Probation is literally the spine of the justice system in my opinion. Treatment is very much important. In Indian country, we encourage cultural levels of treatment. We encourage tribes to look at their resources, look at the kinds of things they may not have in normal programs. For example, sentencing circles, elder courts. Things like that, they are more traditional, culturally traditional kinds of areas that we see improvement with youth especially but also with adult offenders. I’m a strong believer in treatment as being our key. Incarceration by assault really doesn’t help us.

Christina McCale (host): Next question is really more of a comment. For those of you who aren’t familiar with it, there is an app called Grammarly that you can download and put on your computers or if your IT department lets you do this. It can be very useful and often catches mistakes like what you described like laying versus lying, catches a lot of those mistakes that even Microsoft spell check and grammar check does not catch. I will let everybody know that I use it personally as well. When I’m proofreading articles and things like that that we do for the webinars here at the Justice Clearinghouse, I use it as well. It’s incredibly useful. It’ll ask you, “did you mean…” and it’ll point out the different options that you have. Just a suggestion.

Audience Question: Dave can you expand a little bit more on what the Chrono is and what goes into it?

David Rogers: Chronological reports and again I don’t know if every probation department does it but they should. A chronological report is basically a daily entry not just daily but it is an ongoing entry of information that you received on a particular client. Some departments call it a log, some call it a journal. Essentially if you have a client come into your report day, you enter the conversation and what happened between you and the client on their court day. If the client calls in and says I’m not going to work today, I’m sick. You enter that. If they call in and say I’m going to be late reporting into the work crew, you enter that. Basically, it’s just a recording of every contact you had with the client. They can become very lengthy and very long. When I first started at probation, we did it by hand. Of course, the computers came in and they really simplified things. Sometimes POs think, “This is just a lot of useless information”. Eventually, if something happens or if you are going to make an early recommendation, you can just go back and review. If you carry a caseload of 50 or 60 or 70 people, you can’t remember every little contact you had with somebody. It’s kind of your memory of each contact you had with the client.

Audience Question: Do you feel it is important to avoid hearsay information in a report? As a probation officer who participates in a court hearing almost every day, it becomes a challenge for the member to overcome because the defense for the client will often object to these statements due to the fact that the individual information provided cannot be verified during the hearing. In turn, this normally gets dismissed. What is take your on including hearsay information?

David Rogers: That’s going to be kind of a policy call from the department administrator and your court. One thing that sometimes defense attorneys may not be familiar with is that probation does not work under the same standard of evidence that law enforcement does. Where the preponderance as opposed to beyond reasonable doubt, reasonable doubt as opposed to probable cause. We have a little less standard than what law enforcement is required. I know that during my time supervising clients I would get an anonymous phone call saying, “Hey I know this guy’s on probation he’s down here Joe’s bar drinking”. I would respond to that. I would go down there and I would find him. For me, that’s technically a hearsay piece of information but I would act on it. My courts, I don’t think ever questioned, I can’t recall an incident where they question what developed under reasonable grounds to go out and find a client in violation of their conditions of probation. I think that would be something that would be discussed with your administrator and review with your court and see what the court thinks about that, in whatever context you are seeing it.

Audience Question: If a client is detained for violating the probation, that time he is detained is considered credit towards the grading. For example, if free time is three and a half to seven. Have you ever had to calculate this amount of time for the court?

David Rogers: Each court and I have found that each throughout the country, courts see these times a little differently. There are some courts that the time on probation is not counted towards the sentence time so when you violate, they go back to the original sentence where they left off. I’ve seen other jurisdictions where time on probation is considered as jail time. So if they did 30 days on probation and you send them back, they get 30 days off their sentence that they show in the balance. I’ve seen a wide variety of how courts approach time on probation or if you put them on detention. My court was I feel as progressive as they were, they were pretty strict. Our sentencing, for example, 365 days, 364 days suspended (1:02:44 balance?) on probation. Then they would hold that. If they violate probation, they would go back and serve the balance of the sentence. They can detract time off by doing work group, community service those kinds of other options. Work release, that type of thing. Again, that’s going to be a procedural policy issue at administrative court level, the court being the ultimate authority on how they are going to work that. There’s been some civil, very few but some civil rights challenges on some of those kinds of procedures to make sure that the client is getting appropriate credit for the time and effort.

Audience Question: How can we use social media information in our reports?

David Rogers: We use it a lot in law enforcement and probation to monitor people that we have an interest in. Social media is kind of an open door, you know. I can’t even tell you how many stories I’ve heard from probation officers who have looked in social media and observed their clients completely violating their conditions of probation on the profile picture. We’re talking about what a great party they attended last night at such a location. It requires some investigation, of course,  when you get that kind of information, you’re going to have to kind of verify it. I work with gang outreach folks and gang enforcement people and they monitor gang numbers very closely and you’ll see them waving guns around at a party that took place last night. As you know there is a software where you can take photograph and you can identify the date, location of the photograph unless they intentionally take that information off. Investigators use that process a lot. I don’t, I’m sure there is probably at some point some ethical challenges on doing that or not but I think right now that’s what a lot of agencies do.

Click Here to Watch a Recording of “Report Writing for Probation Officers.” 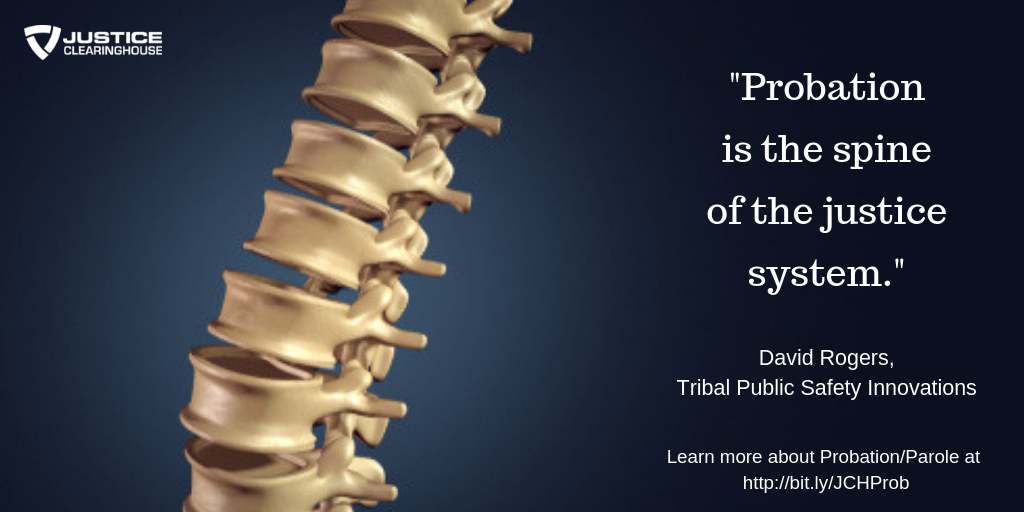 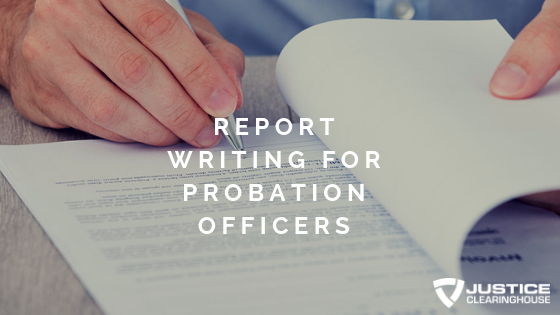 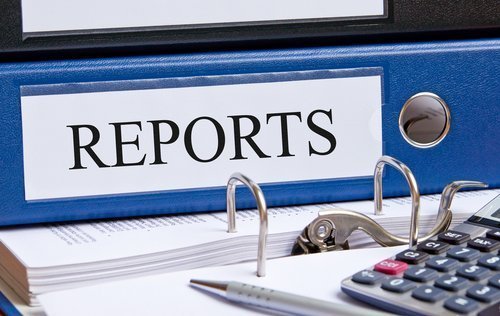 Report Writing for Justice Professionals: How to write complex, multi-section documents for mixed audiences. An Interview with Natasha Terk