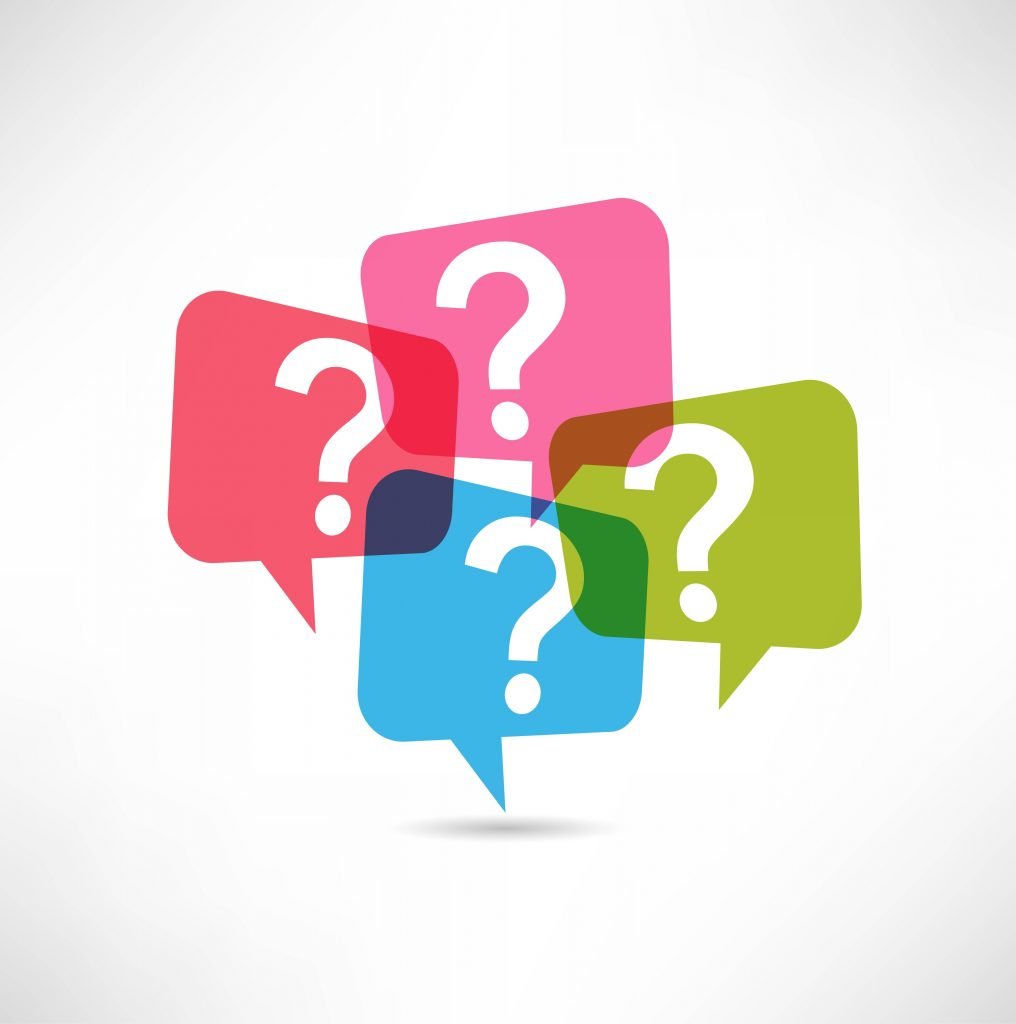 Webinar presenter Ray Nash answered a number of your questions after his presentation, Resiliency and the Dynamic of Restoration. Here are some of his responses.

Audience Question:  An enterprising member of the community set up an online public blog site that provides a forum allowing deputies to share their angry bitter stories and complaints. Do you have any suggestions on how a chief might be able to address this issue?

Ray Nash: That is a great question that has never come up with the training that I've done. We've dealt with the exact same thing here. Somebody put up an anonymous website and it was just a forum for these officers to bash their agencies, the citizens, the government leaders, their chiefs, and sheriffs. It's very destructive having an online forum that gives the bitter spirits to gather and vent each other. We've been told in pop psychology and stuff to get it out of your system, and there's a need for an opportunity to vent. That's not the proper way to go about doing it. That is bitterness feeding itself, sucking down more and more of that bitterness out of that cup. It's very difficult to shut them down legitimately because you don't know who they're hosted by, you get first amendment issues. So, it's very problematic.

The greater issue is how can we go about fixing the problems that are taking place internally, so the officers don't feel the need to have these types of things. That goes back to having and promoting good character at all levels within the organization. We've got an upcoming webinar… maybe the next one on the series – on the five principles of leadership. That will be a great one to tune into because we'll deal with some of these issues and what people do internally, so the officers don't feel like they need to go and vent on these public forums. Just think about the damage that this does. Particularly if your citizens can get access. If your citizens can go into these discussions boards and stuff. Because, you know, cops can't keep a secret. If somebody says it, it's going to get out to the community. Think about how destructive that is in terms of further fanning the flame of this anti-police rhetoric that's out there. When they see these cops that are bitter spirits who are just venting. That's a very problematic issue and I think it's difficult to deal with. You need to be careful about it because you have all these constitutional issues. But I would say try to fix the internal issues that are generating that need to start with.

Audience Question:  I sometimes have trust issues with people who violated me. It is a challenge for me to keep forgiving when those who spread rumors without investigating to see if it's true. Do you feel like it’s a process of restoration cannot happen overnight?

Ray Nash: It can't happen overnight. This is tough. It's much easier said than done. I can put it on a graphic and I can talk about it and give an illustration of it. But, actually doing it is much more challenging and difficult than it appears.  I think that's part of the process. You're never going to be able to control what other people do or say. That's going to be outside your control. What you can control is your response to it. You'd come to the realization that you have the power and control over this, not them. Don't give them the power to control your attitude and your mental health. You maintain that control for yourself. And you waive your right to get angry… that principle of forgiveness and self-control that we talked about. It's tough. I don't know what you all tuned in are saying. Maybe you read some of the promotional material that Aaron promoted out there through Justice Clearinghouse. I don't know if you thought of this as more of that touchy-feely-sensitivity training or whatever. Character stuff that we're talking about here it’s hard. It's brutal because it goes against your natural tendencies where you get mad, angry, harbor bitterness, keep a list of wrongs, maintain grudges. This is the natural human condition. As officers, we got to rise above that. Anybody can do that. Professionalism is maintaining control of your emotions. I don't want to discount the human struggles this individual is going through, because this is a struggle that all others have to some degree or another.

And keep this in mind, just because you forgave somebody doesn't mean you trust them. That's a different issue. Trust is built over time. Trust is based on the decisions that we make over a time period. It's got very little to do with forgiveness. Forgiveness is about you making a conscious decision, "I'm not drinking that cup of bitterness anymore".

Audience Question: The law enforcement profession tends to view principles like forgiveness as a weakness. Do you have suggestions for ladies to present these principles in a way that would be more palatable for some of the disgruntled officers?

Ray Nash: That really goes back to my answer to that last question. We have a tendency to think that this is a touchy-feely-sensitivity training. We're all going to hold hands and sing Kumbaya and live happily ever after. It's not that at all. This is hardcore police work. Let me give you an illustration of this. It's not on the list that I gave, it's not even on the list of 30 virtues, but it is a virtue. It's the virtue of sensitivity. We actually call it situational awareness. It's about being tuned in to the feelings and emotions of others. So that you can respond to the genuine feelings and emotions. We look at that definition and we think that's just that sensitivity training. Well, yeah, it is.

But think about applying that out there on the streets. We call that street savvy. When you're tuned in to the real emotions and motivations of the other individual it can save your life on the streets. It will give you more protection than a Kevlar vest can give you in terms of making you aware of what's taking place around you so that you're tuned in to that stuff. Maintaining control of emotions during a high-speed pursuit.   How important is that in terms of your physical survivability at the end of the day? Forget about surviving the courts and the media, how about we just go home safe at the end of the day and surviving first that deadly arena? These types of incidents occur.   The idea of forgiveness is what's going to give you the ability to not only avoid somebody's flash points when somebody puts you under that pressure and all that bitterness, anger and rage building up over the years comes out in that critical moment and all the cellphone video, dash cam or body cam video is rolling and it catches you in that moment of weakness. You're going to have that resiliency and fortitude to survive those moments of intense pressure which is the life of an officer. So yeah, it sounds wimpy and touchy-feely to somebody who doesn't really understand what we're talking about. But when you understand what we're talking about, and I would invite this person that asked that question to send me an email, so I can send the list of virtues and see how these definitions apply to law enforcement. It is hardcore stuff. It is hard-hitting, front line, in-your-face, law enforcement. That's what we're all about.

Click here to see a recording of "Resiliency and the Dynamic of Restoration." 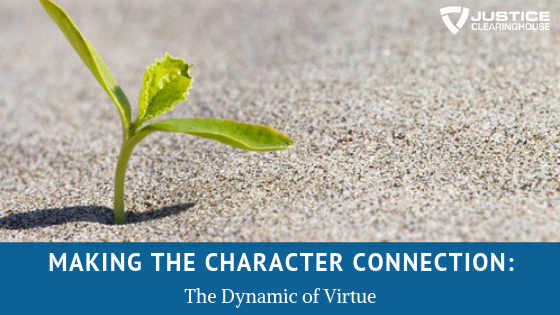 Ray Nash has 40 years of experience working in law enforcement. Ray was first appointed as a police […] 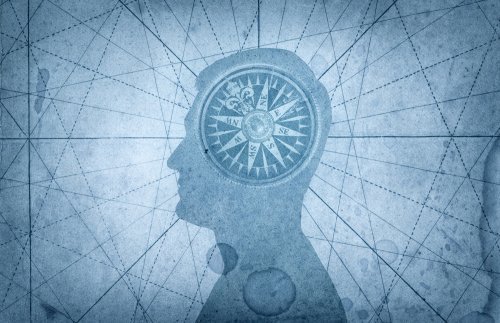 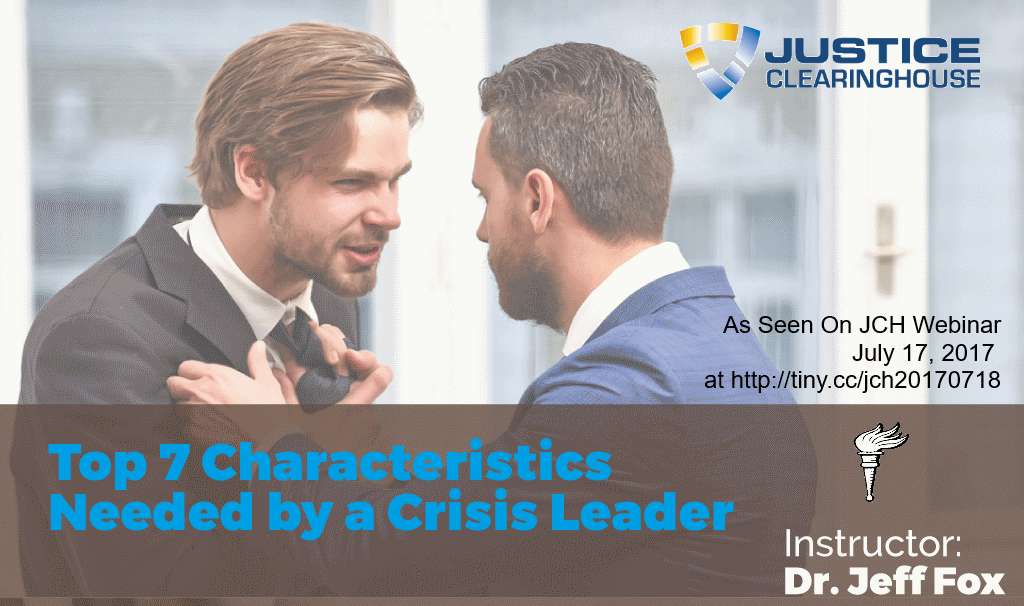