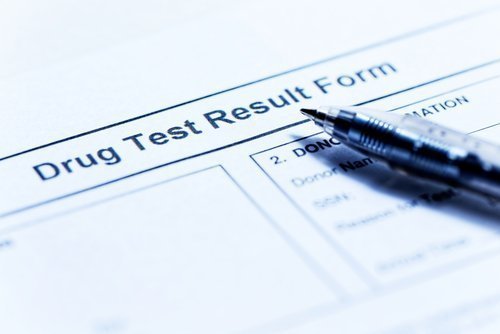 Billions of dollars are spent each year by federal, state and local justice agencies in community corrections, jails, prisons, pretrial release, and specialty courts, but there is little written to inform the best way to use drug testing to achieve specific goals and outcomes.  Agency administrators, officers, case managers and treatment professionals need guidance.

Mark Hendershot: The origins of monitoring substance abuse in the workplace goes back to the early 1900s before Prohibition.  Henry Ford wanted a workforce that was free of vice, and controlled promotions and living quarters based on information he obtained from a group assembled to surveil and report excessive alcohol and gambling.

Drug testing as we know it today sprang forth from the Nixon and Regan administrations.  Nixon was disturbed by the Haight Ashbury trends and hippies as well as a survey of servicemen that showed 8% being involved in illegal drug use.  In 1981 Nixon ordered the three branches of the military to work together to devise drug testing methodologies.  Reagan double downed on this with Executive Orders for a Drug-free workplace which extended to any business that contracted with the government.  This was followed in 1991 by the Department of Transportation Testing Act.

In the webinar, we’ll explore this more closely and talk about the most recent studies and statistics on drug use in the workplace as well trends in correctional agencies.

JCH: What are the most significant challenges agencies face when implementing or managing and tracking a drug testing program?

Mark: Depending on the mission of your agency, the challenges to managing, tracking and administering drug testing are many, and affected by local laws, agency mission and purpose, ethics and fairness, professional organizations and unions, personal medical conditions, and privacy.  Additionally, a signifcant agency challenge is managing insufficient budgets for drug testing. The webinar will discuss how some agecies have found creative solutions to supplementing drug testing. This just scratches the surface of considerations an agency must take into account when adopting drug testing for their workforce.  These and other topics will be covered in the webinar.

The origins of monitoring substance abuse in the workplace goes back to the early 1900s before Prohibition.

Henry Ford wanted a workforce that was free of vice,

and controlled promotions and living quarters based on information he obtained

from a group assembled to surveil and report excessive alcohol and gambling.

JCH: What are the biggest myths or misconceptions justice professionals might have with regards to drug testing?

Mark: There are many misconceptions and urban myths surrounding drug testing as well as viable cottage industries supported by those who wish to evade laboratory detection of illegal substances.  The seminar will discuss these myths as they pertain to each drug type.  For example ‘what if you had 5 college kids in a VW, and four of them are smoking marijuana?  Will the fifth one test positive?”

We will also cover the normal detection periods for each drug type, incidental exposure and ‘diluted’ samples.

JCH: When drug testing programs are implemented well, what can these programs accomplish? What does success look like?

Mark: Assembling a consistent and uniform procedure which is supported by policies, a strong chain of custody and certified laboratory standards is the first step.  Building testing regimens that are tailored to the needs of those being tested is the second and requires consideration of your agencies mission, laws, and the best practices of your professions.

The webinar will discuss and provide the research citing’s for best practices in community corrections and how programs across the US have used evidence-based practices to inform drug testing.  It will also discuss the work that is yet to be uncovered and the gaps in knowledge.

Assembling a consistent and uniform procedure which is supported by policies,

a strong chain of custody and certified laboratory standards is the first step.

JCH: What drew you to this line of work? What has been your motivation or inspiration for doing the work that you do?

Mark: When I was a new probation officer I was assigned supervision of a caseload with severely addicted people.  Part of learning how to work with this street-smart population included drug testing detection and building regimens that would encourage accountability.   This included collecting the urine samples. It was a long learning curve as a rookie officer but it became clear that drug testing was a tool of accountability that helped me help many people succeed.  After 30 years in probation, I wanted to stay involved in community work with offender populations and joined the local agency that provides drug testing, treatment and case management services to my former department and across the nation.

JCH: What’s one thing you believe justice professionals will gain by attending your webinar?

Mark: For non-justice agencies, information on how drug testing in the workplace has many dimensions and considerations, especially for the Human Resources departments.

Specific to information about drug testing offenders, I will share the current EBP knowledge for working with high-risk offenders, particularly those managed in specialty courts.