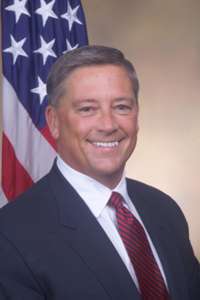 Bray Barnes, a member of the Board of Governors, National Sheriffs Association’s Global Society of Homeland & National Security Professionals, is the lead for the Global Center for Public Safety’s Institute for Cybersecurity. He previously was the Director, National Cybersecurity Institute, (NCI) Washington, DC, and is the Founder and Principal of Security Evaluation and Solutions Group, LLC that provided three unique Homeland Security cornerstones of service including Cyber Intelligence Analyst training. He has served as a member of the US Dept. of Homeland Security Cyber focus group, as Director, (Senior Executive Service) U.S. Department of Homeland Security (DHS), Washington, DC, directing the First-Responder Program, and as the Acting Chief Human Capital Officer with oversight to include all training and education for the Department’s 210,000 employees. Mr. Barnes served on the US Dept. of Justice, COPS, Law Enforcement Recruitment in the 21st Century Committee and was a panelist at the Forum on Training, Certification, and Diversity in Law Enforcement Task Force implementing “The President’s Report on 21st Century Policing," enacting community-led policing throughout the country.

He is a licensed attorney in New Jersey and Washington, DC, with thirty (30) years of experience in the legal profession representing various police agencies, corporations, and financial institutions. He has served as an Assistant Ocean County Prosecutor and has received two presidential appointments, including being the President’s representative on the Coordinating Council for Juvenile Justice and Delinquency Prevention, US Dept. of Justice.