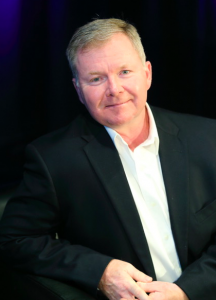 Lt. Murphy began his career in the law enforcement field beginning in 1980. After joining the United States Marine Corp he was stationed at camp Pendleton California assigned to Correction Battalion. His next years would be assigned to the Marine Security Guard battalion stationed at embassies in Kabul, Afghanistan and Bangkok, Thailand.

Upon leaving the Marine Corp in 1985, Lt. Murphy began his tenure at the United Nations. He worked in various assignments including the control center, fire service and armorer. Additionally, while at the United Nations Lt. Murphy also provided security to visiting heads of state to include Margaret Thatcher, Mikhail Gorbachev as well as President H.W. Bush.

In 1990 Lt. Murphy moved to Jefferson, WI and began at the Sheriff Department there as a jailer. He attended Madison Area Technical College and received certification in Corrections and Law Enforcement before leaving for service in Oak Creek, WI.

Lt. Murphy served with the Oak Creek Police Department for over 22 years.

Lt. Murphy holds a Bachelor of Science in Criminal Justice and a Master of Science degree in Organizational Leadership from Marian University.

In August 2012, Lt. Murphy was the first responding officer to the Sikh Temple massacre which left 6 dead and another 3 wounded. Lt. Murphy was shot 15 times during the gunfight with the suspect. Lt. Murphy has been recognized on both a state and national level for his actions.

Among many Awards and Commendations:

2013- Wisconsin Association of SWAT Personnel- SWAT officer of the year