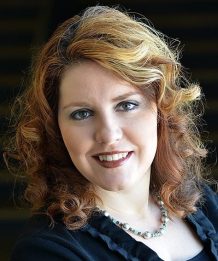 Dr. Cara Rabe-Hemp has been a member of the faculty of the Department of Criminal Sciences at Illinois State University since 2001. She received her doctorate from the University of Illinois, Chicago in 2006 and was promoted to Professor in 2015. In 2014, Dr. Rabe-Hemp was selected as the Department of Criminal Justice Sciences’ inductee in the CAST Academy of Achievement and in 2016. Dr. Rabe-Hemp was awarded the CAST Outstanding Researcher Award in the tenured category.

Dr. Rabe-Hemp’s area of research is focused in policing; specifically, she is interested in how diversity in policing affects police behavior, as well as opportunities in the field. She has been actively engaged with organizations which support women in law enforcement agencies, including the National Association of Women Executives in Law Enforcement, the National Association of Women and Police, and the Illinois Law Enforcement Training and Standards Board Executive Institute’s Conference on Women in Criminal Justice. She has been extremely successful in publishing her work, appearing in the most prestigious journals in her field and bridging the gap between theory and practice. Dr Rabe-Hemp has a total of 42 publications, including books, peer-reviewed journal articles, refereed book chapters, refereed encyclopedia entries, and technical reports. Recently, she published two books, Thriving in an All Boys Club: Female Police Officers and their Fight for Equity (Rowman & Littlefield Publishers), and Corruption, Discretion and Accountability (Emerald Group Publishing, co-edited with Dr. Nancy Lind). This year, she secured three additional book contracts with Routlege, Rowman & Littlefield and Emerald.