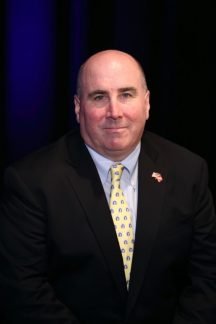 Daniel Linskey is a managing director in Kroll’s Investigations and Disputes practice, based in the Boston office. As the former Superintendent-in-Chief of the Boston Police Department (BPD) and a 27-year veteran of the force, Dan provided strong leadership through some of the most tragic and contentious events in the city’s history, including the Boston Marathon bombings and the Occupy Movement. Dan serves clients in diverse industries with uncommon experience in investigations, crisis response and risk management, as well as personal, physical and operational security strategies. Widely respected for his knowledge of the complexities inherent in law enforcement and homeland security, Dan has also consulted with numerous national and international government agencies on a broad range of challenges, including large-scale event management, crisis leadership and preparedness, and community engagement strategies.

Over a long career in law enforcement, Dan has developed a strong commitment to translating the lessons learned from large-scale events, crises and tragedies throughout the country into training and policy creation aimed at avoiding mistakes of the past while replicating successful strategies. For example, Dan contributed to a report produced by the firm of Edward Davis LLC that reviewed a large-scale disorder event at the University of Massachusetts and presented a set of recommendations to prevent future occurrences.

Upon retiring from the Boston Police, prior to joining Kroll, Dan founded the Linskey Group. In this role, he provided clients with security, law enforcement and emergency management services, including dignitary protection, cyber security and confidential investigations, as well as incident reviews and training exercises designed to prepare agencies and facilities for crisis.

From the time he joined the Boston Police Department in 1986, Dan rose through the ranks before being promoted to Superintendent-in-Chief, the department’s highest sworn member. In this role, he managed the day-to-day operations of a 3,000-person department with a budget of over $300 million while concurrently overseeing a 30 percent reduction in major crimes over seven years.

While serving as Superintendent-in-Chief, Dan was also the Jurisdictional Point of Contact for the City of Boston, working with the Mayor’s Office of Emergency Management to develop, implement and oversee a regional homeland security strategy addressing all hazards.

Dan is active in several professional organizations and is frequently asked to present at conferences and meetings on topics related to law enforcement and homeland security. He is also a prolific writer, whose insights and thought leadership are closely followed by law enforcement, security professionals and civic leaders.