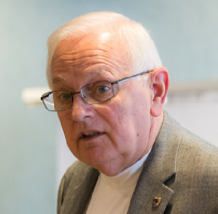 Darrel Stephens consults on a wide range of police leadership and management issues. He served as the executive director of the Major Cities Chiefs Association (MCCA) from October 2010 – 2017. He is an accomplished police executive with over 50 years of experience in policing. His career began as a police officer in Kansas City, Missouri in 1968. He has 26 years of experience in a police executive capacity, including nine years (Sept 1999-June 2008) as the chief of the 2100 member Charlotte-Mecklenburg Police Department.

In addition to his police experience, he served for two years as the City Administrator in St. Petersburg, Florida. He also served as a member of the faculty of the Public Safety Leadership Program in the School at Johns Hopkins University from 2008-2013. He was the executive director of the Police Executive Research Forum from 1986-1992. He served as one of two technical advisors to the Presidents Task Force on 21st Century Policing. He is one of the co-founders of the MCCA Police Executive Leadership Institute (PELI) and continues to serve on the faculty and as the administrator of the program.

He has written extensively about policing, is a widely sought-after consultant and a frequent speaker advocating progressive policing approaches. He holds a Bachelor’s Degree in the Administration of Justice from the University of Missouri Kansas City and a Master of Science Degree in Public Services Administration from Central Missouri State University.