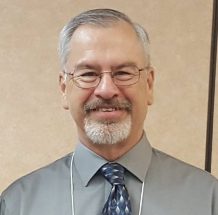 David J. Rogers is enrolled with the Nez Perce Tribe of Idaho and is related to the Winnebago and Lakota. He has 44 years of experience in the Criminal Justice field. He is currently CEO and Chief Instructor for his own consulting and training company, Tribal Public Safety Innovations (TPSI). TPSI has been working with the Western Community Policing Institute (WCPI), International Association of Chiefs of Police (IACP), American Probation and Parole Association (APPA) and individual Tribes on numerous projects. David's police experience has spanned 20 years with city police, county sheriff, federal and tribal policing agencies and included positions as Patrolman, Lieutenant, Captain, Undersheriff and Chief including Chief of his own tribe from 2013 to 2016. Dave served as a Probation Officer and Court Commissioner for the Clark County District Courts in Vancouver, Washington for 9 years. He also served as the Tribal Training Program Manager for the Western Community Policing Center followed by the Criminal Justice Center for Innovation at Fox Valley Technical College for 13 years providing a large variety of training including Community Policing on behalf of the COPS Office. During this time, David created the National Indian Youth Police Academy and the Tribal Probation Academy. David specializes in Community Policing, Youth Gangs, Drug Trafficking, Probation, Traditional Tribal Leadership and Jurisdiction in Indian Country. He has been a member of the IACP Indian Country and Community Policing Sub-committees, the Idaho Chiefs of Police Association, and a member of the President’s 21st Century Policing sub-committee on Recruitment, Hiring and Retention of Police Officers. He was recently designated as the Indian Country Representative for the highly innovative EAGL Gunshot Detection and Lockdown System.