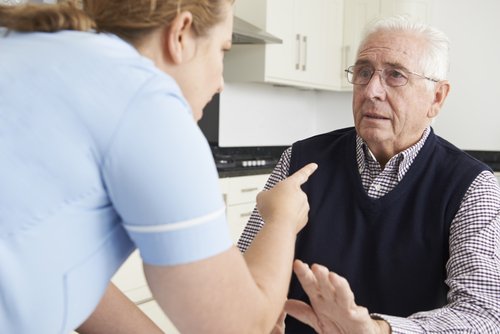 Author: Christina McCale
Date: 05/30/2017
Email
Share
Share
Tweet
The statistics are just astonishing.
1 in 10 Americans over the age of 60 have been the victims of elder abuse. Further, “The New York State Elder Abuse Prevalence Study found that for every case known to programs and agencies, 24 were unknown.”
Half of all adults with dementia experience abuse and/or neglect.
And in 60% of all cases, the perpetrator is a family member.
While it’s true that many cases of elder abuse go unreported due to the victim’s own embarrassment or feared implications to family members/caregivers, many cases of elder abuse are never identified because, on the surface, the cases are often initially seen as “merely civil matters.”
Sound familiar? It should.
The same used to be said 40 years ago in cases of domestic violence – that it was a “family matter.”
Join webinar presenter Brenda Uekert to learn:

Brenda Uekert: There are many reasons why these cases are “hidden.” Older victims often feel a sense of shame and are reluctant to report incidents—especially when their own family members are responsible for the abuse, neglect, or exploitation.  When these cases are reported to law enforcement, the response may be less than ideal.  For example, the older victim’s credibility may be questioned if he or she has some memory issues, or responding officers might erroneously dismiss the case as a civil matter upon learning there is a power of attorney or guardianship in place.  Even medical practitioners may fail to distinguish intentional from accidental bruising and attribute more subtle signs of abuse or neglect as the side effects of aging. 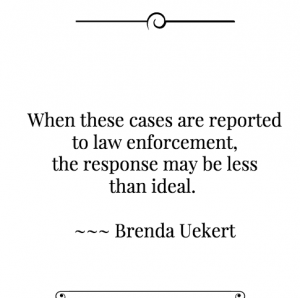 JCH: What are the biggest myths or misconceptions you think the justice community has about Elder Abuse or the investigation/prosecution of elder abuse cases?

Brenda: Ageism is pervasive in American society and materializes in the form of negative stereotypes of the elderly.  Among the biggest myths is that our capacity naturally diminishes as we age to the point that older persons cannot provide reliable and truthful testimony.
Research has shown that even in cases where victims have some cognitive limitations, they can accurately recount the details of traumatic events.  Professionals in the justice system should recognize their own implicit biases in handling cases involving older victims.  Successful outcomes can prevail when the justice system provides older victims with advocacy resources and expedites elder abuse cases to bring justice during the victim’s lifetime.

JCH: The work that you do is important, but must be challenging at times. What drew you to this specific area of justice and protecting the elderly? What keeps you motivated or inspired to keep going – even in light of some of the horrible things you must encounter as part of your job?

Brenda: Much of my early career was spent working on domestic violence issues.  In many ways, elder abuse is reminiscent of the way domestic violence cases were treated before the Violence Against Women Act was passed in 1994.  Cases were mishandled; first responders advised batterers to “walk around the block to cool off,” and criminal codes did not specify the crime of“domestic violence.”
Today a similar scenario occurs in elder abuse.  In many states, elder or vulnerable adult statutes are so narrow (such as requiring prosecutors to prove “vulnerability ”of the older victim) that few cases ever enter the court labeled as “elder abuse.”
We do not have good national data on the crime of elder abuse because age of the victim is not recorded on incident reports or case management systems.  Cases are dismissed as civil when there is a legal agreement between the defendant and suspect.
Yet many of the things that have worked in the domestic violence field—such as the development of coordinated community responses, the addition of a field on incident reports, and specialized investigators and prosecutors—are applicable to elder abuse.  While the need is great, more and more communities are becoming aware of the problem of elder abuse and taking concerted actions to address it.  I am hopeful that with reform and innovation, we can improve the lives of older persons. 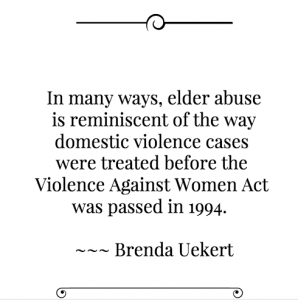 JCH: In your role, you’ve had an opportunity to see what many states/jurisdictions are doing to protect our elderly citizens. Can you point to any success stories – prosecutors and law enforcement being able to work together for the better protection of our elderly community?

Brenda: There are a handful of Elder Justice Centers in the country—Hillsborough County, FL; CookCounty, IL; Philadelphia, PA—that help older persons navigate the court system and link them to community resources.
Some communities also have Financial Abuse Specialist Teams (FAST) that include a variety of agencies and organizations who focus on complex financial abuse cases.  A relatively new and promising model is run out of the Dallas County Probate Court: theElder Financial Safety Center.  The Dallas model includes Prevention (The Senior Source), Protection (Probate Courts) and Prosecution (District Attorney’s Office).  Our hope is that collaborative responses will increasingly focus on providing prevention services and crafting holistic responses for older victims of abuse.

JCH: While many of our readers and subscribers are in law enforcement, we have representation from all parts of the justice arena (prosecutors, court personnel, probation, social services, etc). Can you share some specifics of what different types of justice professionals or first responders will gain by attending your webinar? What skills or new knowledge will they gain that they can immediately use the next day on the job?

Brenda: Some of the points I will make in the webinar include the following:

or here watch The Hidden Nature of Elder Abuse. 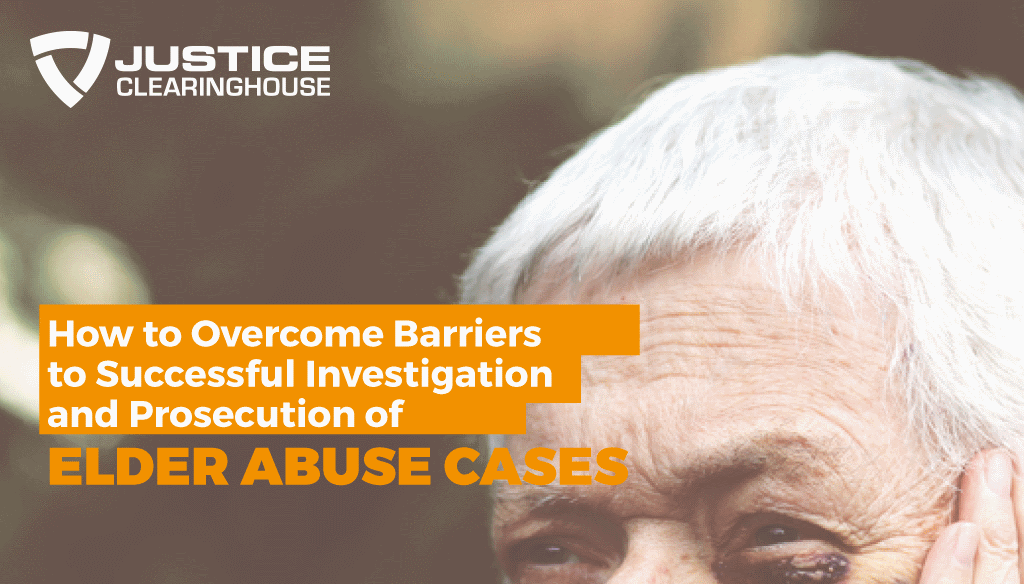 Based on a webinar, this infographic discusses the myths of elder abuse and how prosecutors and i […] 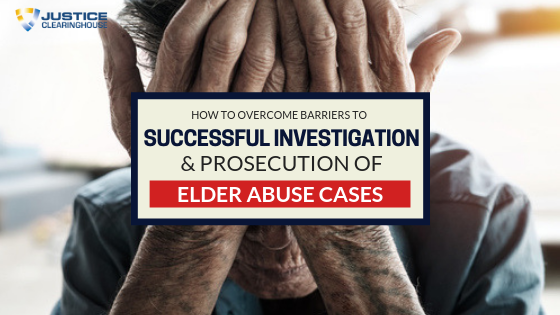 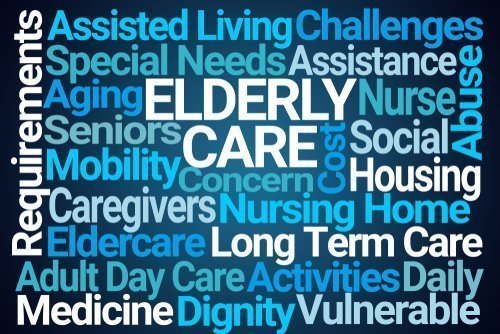 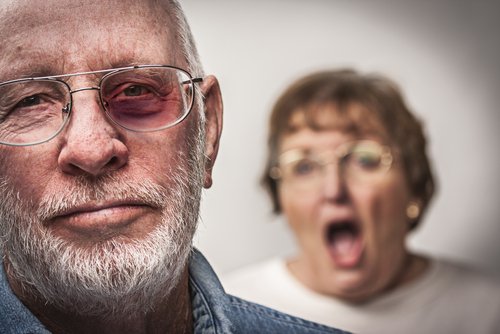 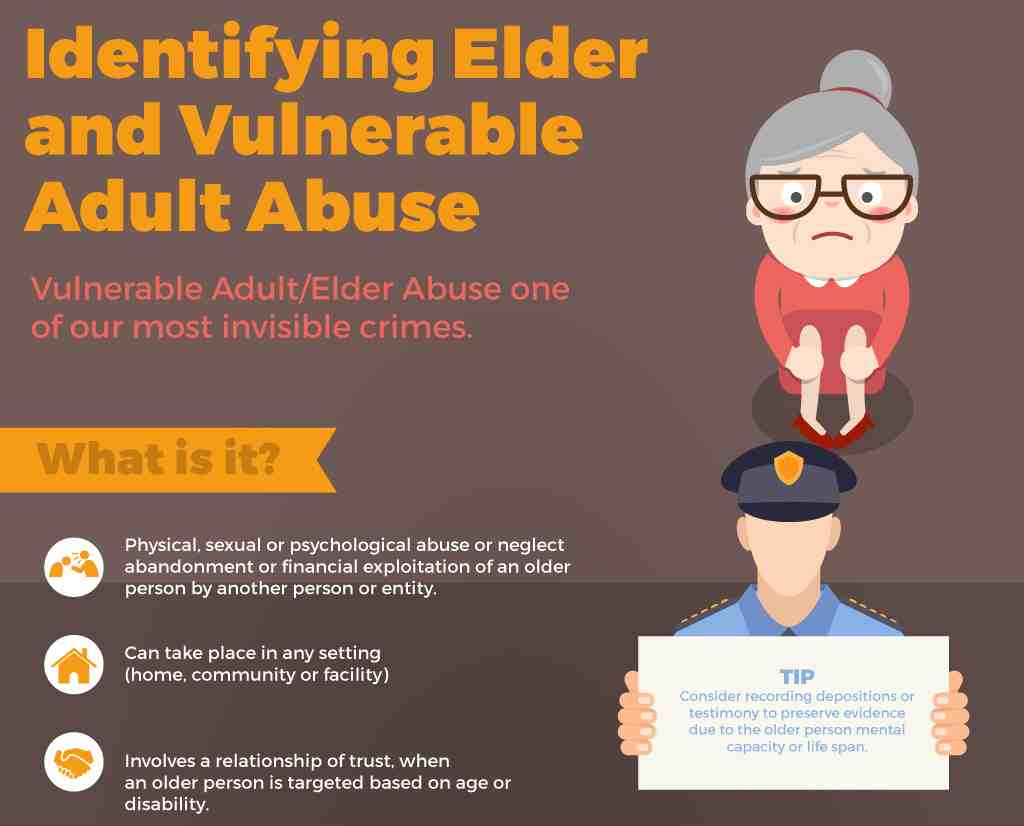 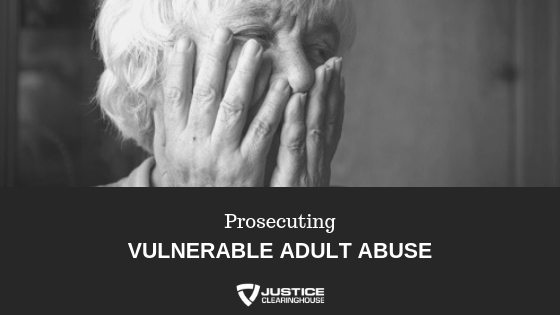 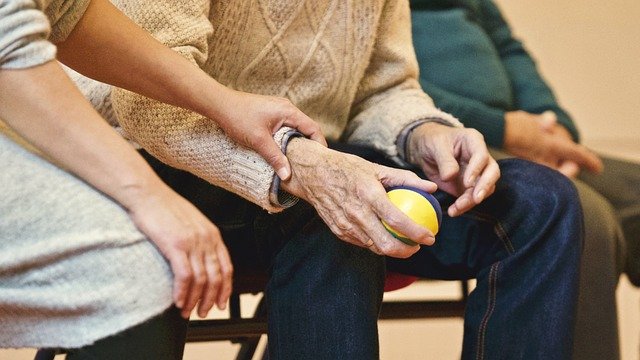