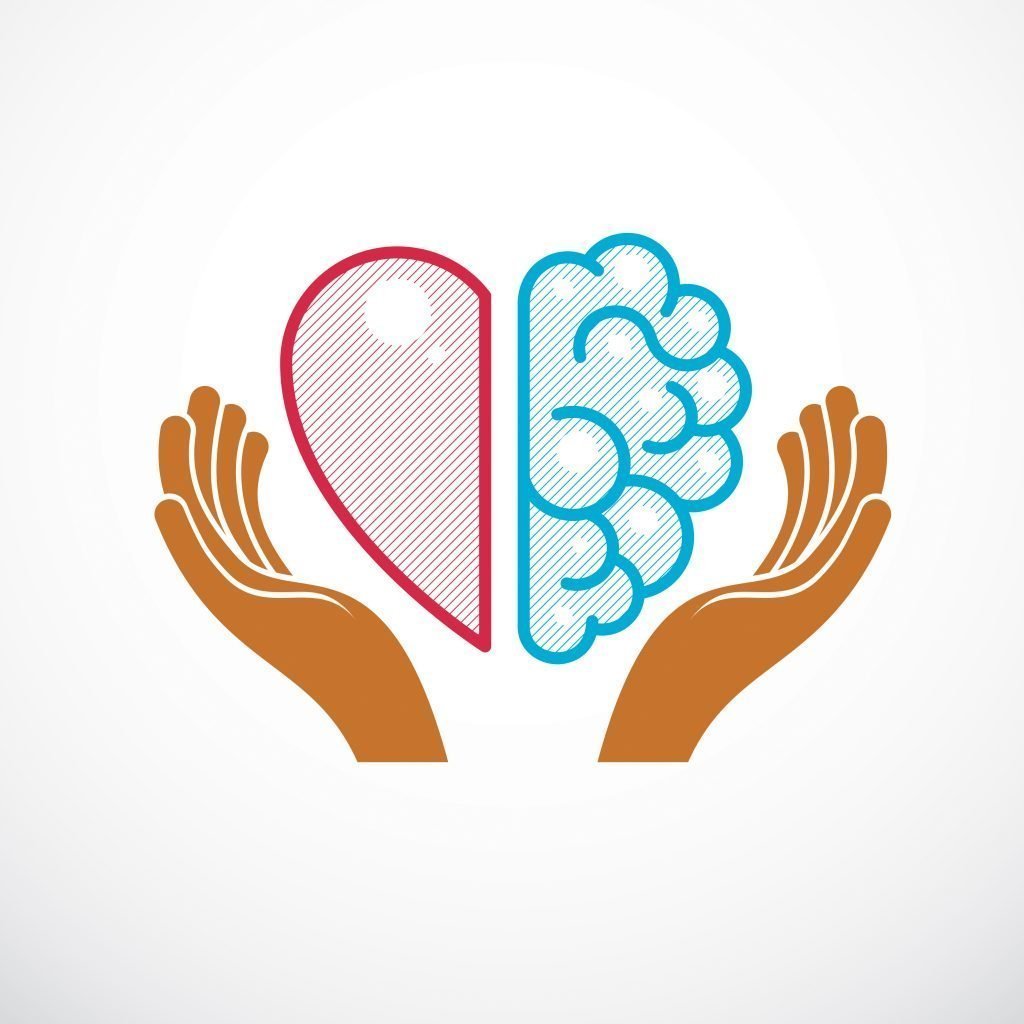 We’ve all heard that Emotional Intelligence, or EQ, is important in today’s workplace. Employees with EQ are more likely to persevere, have better self-control in difficult situations, and get along better with others. They can typically work better in teams, adapt to change, and exhibit more flexibility: all important characteristics in today’s rapidly changing environment.

So if EQ is such an important characteristic to have, how can hiring managers identify those applicants with strong EQ?

Join our speaker, Thom Dworak of The Virtus Group for “Hiring for Emotional Intelligence” as he discusses:

Justice Clearinghouse Editors (JCH): Let’s assume that people may not have been to your previous two webinars. What is Emotional Intelligence?

Thom Dworak: The easiest place to start is with Daniel Goleman and his definition of Emotional Intelligence which “refers to the capacity for recognizing our own feelings and those of others, for motivating ourselves and for managing emotions will in ourselves and in our relationships.” Goleman is arguably the father of EQ and his book “Emotional Intelligence” is considered the bible on EQ.

For me, Emotional Intelligence is being able to be aware of and respond appropriately in a wide variety of situations criminal justice professionals may find themselves in.  Being self-motivated to their higher-calling or what drew them to the profession in the first place.  Having empathy with those we encounter during the day and possess good communication skills.

and empathizing with them helps in de-escalating tense,

JCH: I think most people can see why EQ is important… But why is it so important to law enforcement and other justice professionals? Could you, perhaps, relate it to your experiences as a former LEO?

Thom: The EQ pillar focuses on the trainee’s ability to be self-aware and self-regulate his or her emotions. Police officers must remain cool and collected during the height of human conflict; it’s much too easy to give into the fight-or-flight instinct. And many times, the response is inappropriate. The key is in recognizing and STOPPING an overly emotional outburst…one which might be regretful in hindsight. Hitting the proverbial Pause Button is a strategy that allows the officer to stop and THINK, when there is time.

Another key concept is on developing empathy. Some argue that empathy cannot be taught; but humans are, in fact, wired to connect with each other at an emotional level. Recognizing someone’s emotional state and empathizing with them helps in de-escalating tense, fearful, frustrating, or stressful situations.

Officers with high EQ tend to be self-motivators and better decision-makers. They understand the “why,” both personally and organizationally. Additionally, being able to recognize and control emotions can maximize the time and mental processing for better decision-making. While it does not remove emotion from the process, it does provide for more control for The Professor (The Thinking Brain, for analysis and rationalizing) than The Caveman (The Emotional Brain, resorting to biases and fears).

One example I use in The Adaptive FTO course to highlight the importance of being aware of your emotions is emergency driving or responding Code 3.  The activation of the lights and siren caused a physical reaction, my heart rate and respirations increase, the hair on the back of my neck stood up and I got chill bumps.  In addition to the Code 3 response was the call behind it.  Those two factors combined caused a sympathetic nervous system activation (SNS activation), more commonly called an adrenalin dump.

There are many other physiological factors that can occur but those listed were the easiest to identify.  One problem with SNS activation is that it inhibits the ability of the Professor in decision-making and gives control of that process to the Caveman.

Officers with high EQ tend to be self-motivators and better decision-makers.

They understand the “why,” both personally and organizationally.

Additionally, being able to recognize and control emotions can maximize the time

and mental processing for better decision-making.

JCH: Is it really possible to “test” for emotional intelligence? Can you really “hire FOR” EQ?

Thom: You can test for emotional intelligence but not in the way you test IQ.   Standard IQ test measures spatial or mathematical reasoning, verbal comprehension, and memory. But comparing IQ to EQ is like comparing apples to oranges.

My former agency converted to an EQ based leadership assessment as part of its promotional process for new sergeants. Prior to that, it had used a standard psychological assessment that included several personality and intelligence tests and an interview with a psychologist.

There are pen and paper assessments for emotional intelligence to identify strengths and weaknesses in individual candidates. There are specific questions which can be asked either in an administrative interview or as part of a psychological assessment to determine emotional competency.

“Behavioral psychologists who do testing on police applicants

and private companies that do EQ training in the private sector

JCH: What drew you to this particular topic? What got you interested in learning more about Emotional Intelligence – particularly in how it relates to Justice professionals?

Thom: As I was developing The Adaptive FTO program, I looked at my own experiences as a Field Training Officer (FTO) and questioned many experienced FTO’s to what they viewed as characteristics most lacking in the probationary police officers they were training.  Their responses were communication skills, decision-making, and critical thinking.

Emotional intelligence was the most appropriate choice to include in The Adaptive FTO. EQ addressed the concerns of the FTO’s of characteristics or behaviors lacking in their recruits.  Which began a still on-going education of EQ.  I began with the EQ bible “Emotional Intelligence” by Daniel Goleman and has led to reading anything on emotional intelligence I could get my hands on.  I reached out to the behavioral psychologists who do testing on police applicants and private companies that do EQ training in the private sector. Hands down they all say EQ beats IQ in determining success.

The research I have found and EQ experts I have spoken with all say that those who have high EQ are more successful, make better decisions, more resilient and are highly self-motivated.  So, it would make sense to begin the hiring process by selecting candidates who display a high level of emotional intelligence, then by straight up IQ.

Most basic law enforcement entry-level officers on average possess an IQ of about 100 (a level of above average intelligence).  Considering the complexity of law enforcement, you would want to have an above average IQ but if they lack the social skills, the ability to empathize or display controlled response in potentially highly charged situations, all the smarts in the world isn’t going to help.

Also, IQ is a fairly fixed number, it takes a tremendous effort to see a gain of one or two points if it is even possible.  EQ, on the other hand, is malleable. It is very much a nurturable commodity, that we can get better at throughout our lifetime. It does take effort to grow these skills but it is well worth the effort.

Being aware of our emotions, knowing what triggers them and being able to hit the “pause button,” goes a long way to controlling an amygdala hi-jacking or what is otherwise known as an “adrenaline dump.”  Once the adrenaline dump occurs, it impacts our ability to make decisions by removing the “Professor” (the pre-frontal cortex that controls decision making) and gives control of the brain to the “Caveman” (the emotional brain concerned with survival).  So, by keeping the Professor engaged, officers make better decisions. Also, with the Professor engaged, officers can better control or over-ride their implicit bias.

“Those who have high EQ are more successful,

JCH: Your webinar is about “hiring for EQ.” So will your webinar be more for supervisors? Or could anyone benefit from attending?

Thom: While the webinar “Hiring for Emotional Intelligence” is going to be for those involved in the hiring process, candidates looking to be promoted or hired could also benefit.   But I should also issue this caveat, don’t just attend the webinar take a few notes and write down some of the questions to practice a response. Working on raising your emotional competencies is just that work.  It takes deliberate practice in the areas that need improvement.  It’s not a “fake it, ’til you make it type of skill.”

With that being said, I am looking forward to presenting “Hiring for Emotional Intelligence” on November 30.  Please join us and stay safe. 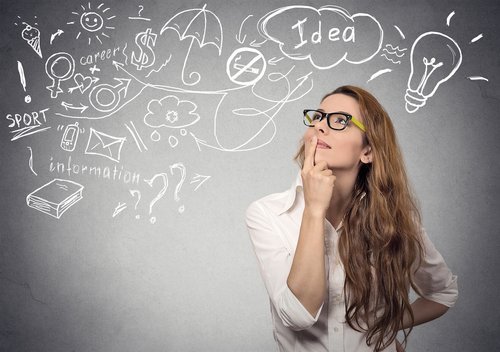 Keeping Out of Trouble with Good Decision Making: An Interview with Thom Dworak

A lot of things go into forming great police officers: recruits need to learn how to fire a weapon. […] 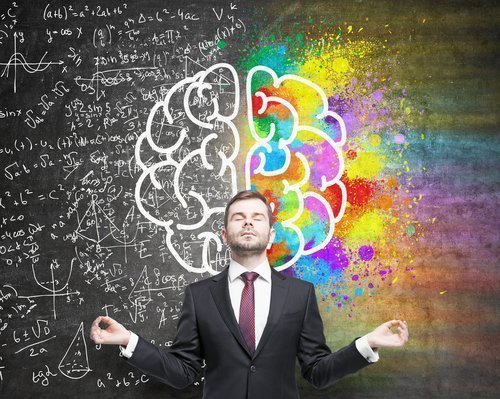