But the term most often associated is most likely to be terrorism or Islamic terrorism.

Join us to learn more about “Jihad as Terrorism” from nationally recognized homeland security and terrorism expert, Dr. Jeff Fox.

Officers, first responders, and our military are on the front lines – the tip of the spear – when it comes to terrorism response.  We talked with Dr. Fox to learn more about what terrorism means to first responders, why this topic is so difficult to manage, and what webinar attendees can hope to learn during the webinar.

Note: This interview has been lightly edited for clarity and length.

Justice Clearinghouse [JCH] Editors: When you talk about “jihad as terrorism,” what does that mean? Can you put that in context for the average patrol officer or public servant?

Dr. Jeff Fox:  Great question. It is important to recognize the 800-pound elephant in the room: We live in a very politically charged time. To say that political correctness is alive and well would be a drastic understatement. What matters are facts, and indeed, words matter. My argument regarding this topic is based on radical Islam or Islamic fundamentalism.

Jihad means “struggle.” Jihad does not necessarily mean “holy war” as many Muslim apologists will argue. However, the question is what sort of “struggle.” Does it mean an inner spiritual struggle or an outward physical struggle? The answer is, it can, and does mean both. It depends on if you are speaking with a moderate Muslim or a Fundamentalist or radical Muslim. We will dive deeper into this in our webinar.

Now let us quickly look at the word terrorism. First, the pop culture society we live in has a tendency to overuse this term and base it on how bad an incident or attack is. How bad an attack is has nothing to do with whether it is terrorism. In our country alone we have over 100 definitions of terrorism.

I prefer the FBI’s definition which is, “unlawful use of force or violence against persons or property to intimidate or coerce a Government, the civilian population, or any segment thereof, in furtherance of political or social objectives.”

Terrorism is a tactic: nothing more, and nothing less. What matters is the motive used by those who deploy terrorism as a tactic. Terrorism can be found on a spectrum of conflict. Terrorism lies closely beside guerilla warfare and extreme acts of violent crime.

When an officer responds to a violent act, or even a horrible accident, such as an explosion, he or she will seldom know what the cause or motive was at first glance. I like to tell my students the following and let them ponder it a while, “All terrorists are criminals, but not all criminals are terrorists.”

So, to sum it up, jihad is a religious term which means “struggle” and for a certain percentage of followers it means war, in all its forms, against all infidels. This war against infidels is not new, and has existed since the founding of Islam. In fact, except for maybe a few extremely brief periods, this war has never really subsided. The difference is, those who wish to carryout Jihad do not currently have an army available to them except for possibly ISIS. Since they do not have an army, they do and will continue to resort to terrorism.

JCH Editors: What are the most important items that we’ll be covering in the webinar that you think officers can benefit from, and perhaps be able to immediately apply the next day on the job?

Jeff: Officers, first responders, and our military have always been, and always will be those who respond to and deal with terrorists. They are the tip of the spear.

Unfortunately, much of what can be put to use from webinars such as this should come from pay grades much higher than these brave men and women hold. Our policies and procedures in many realms of government can and should be shaped by a true and accurate dissemination of information regarding ongoing threats and honest actionable intelligence.

Hopefully, with time, and through such endeavors as this, we will remove the glasses of misinformation as worn through political correctness, general lack of knowledge, and years of inaccurate reporting.  Coupled with this is the understanding that, in fact, one of the tenants or fundamental Islam is the approved ability to lie to enemies when the circumstances dictate until such time the forces of Jihad are stronger to strike and once again wage war.

This webinar will offer many tools that I hope those in attendance will carry with them. For all our foot soldiers, be they police, military, analysts, first responders of all sorts, or just concerned citizens my first goal is to bring more awareness to this issue. Second, the ability to gather, take in, understand and utilize intelligence is key in prevention as well as responses to terrorism. Finally, understanding the true threat we face in the short term but even more important in the long term is essential.

It is essential that the true underpinnings of fundamental Islam be understood. Jihad as terrorism is the actualized result which stems from a much larger pool of followers, believers, sympathizers, and compatriots.

Terrorists, and those who directly and indirectly support them, do not exist in or operate from a vacuum. Such things as Sharia law pose an existential threat and serves as a springboard for violence in many Muslim dominated and controlled societies. It is from these roots, which are learned from infancy in many cases, where jihadist terrorists form to create the tip of the Jihadist spear.

For others, including some in the U.S., they become radicalized through social media and other online venues. (Notice I did not say “self-radicalized.” This term seems to offer solace or helps placate the harm done as if to say the terrorist somehow spontaneously, with no help, became a radical Muslim.)

As I said earlier, we are at war. At this point, the enemy is using terrorism and all the force multipliers it brings with it. They are using our laws and freedoms against us. The answer or response to this war is not job programs or empathy on our part. It is not appeasement. They view appeasement and such acts as weakness.

The answer is a strong united front involving both law enforcement domestically and our military internationally through a series of counterterrorism tactics based on real-time, accurate, and unfiltered honest intelligence.

But before we can truly be successful with any of this we must recognize the enemy as and for what it is and what it is not. All we need to do is but watch, read, and listen through unfiltered means and the fundamentalist or radical Islamic scholars and clerics can be heard whispering – not so softly in some cases – “Jihad.” 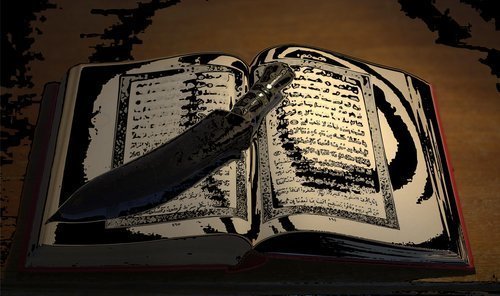 Understanding the Jihadi Threat: An interview with Chris Gaubatz

Terrorism. It's a word that evokes a thousand memories with just one simple word. Memories of 9/1 […] 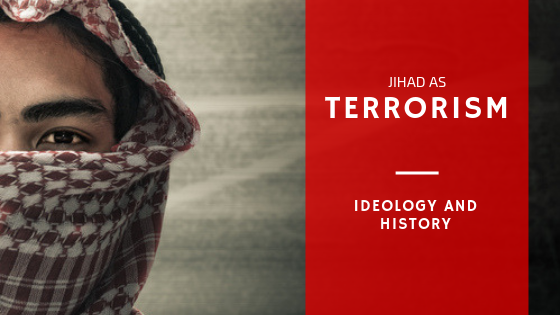 Description As the tip of the spear, officers, first responders and our military are always the […]
3 years ago