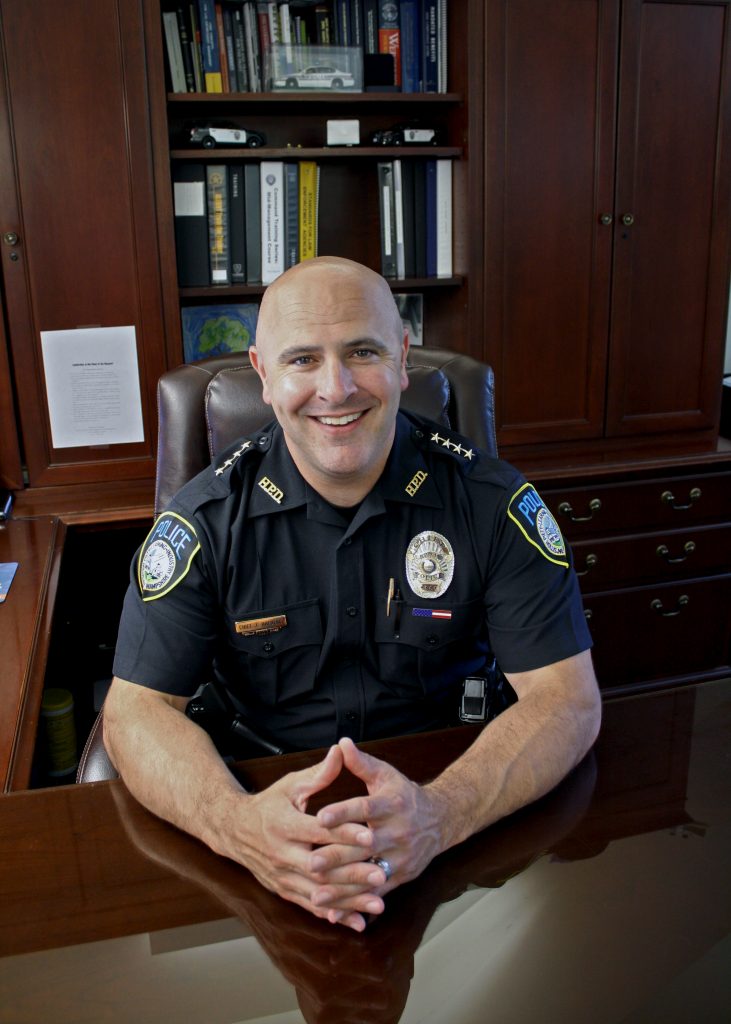 Chief Joseph Hoebeke began his career with the Hudson Police Department in 2001. He graduated from the 125th session of the New Hampshire Police Academy and served with the Hudson Police Department from 2001 to 2016, achieving the rank of Sergeant. He joined the ranks of the Hollis Police Department as a Lieutenant in charge of the Administrative Services Bureau in March 2016, and was appointed Chief of Police on November 3, 2017, with the retirement of then Chief of Police James Sartell. Chief Hoebeke has a Bachelors Degree in criminal justice from Norwich University, the Military College of Vermont, and a Master of Science Degree in Justice Studies from Southern New Hampshire University.

Chief Hoebeke is passionate about the law enforcement profession and serving the community. He serves as an adjunct instructor at two local colleges and is a proud veteran of the United States Army, where he served in the infantry and as an instructor for the Non-Commissioned Officer Educational System (NCOES).