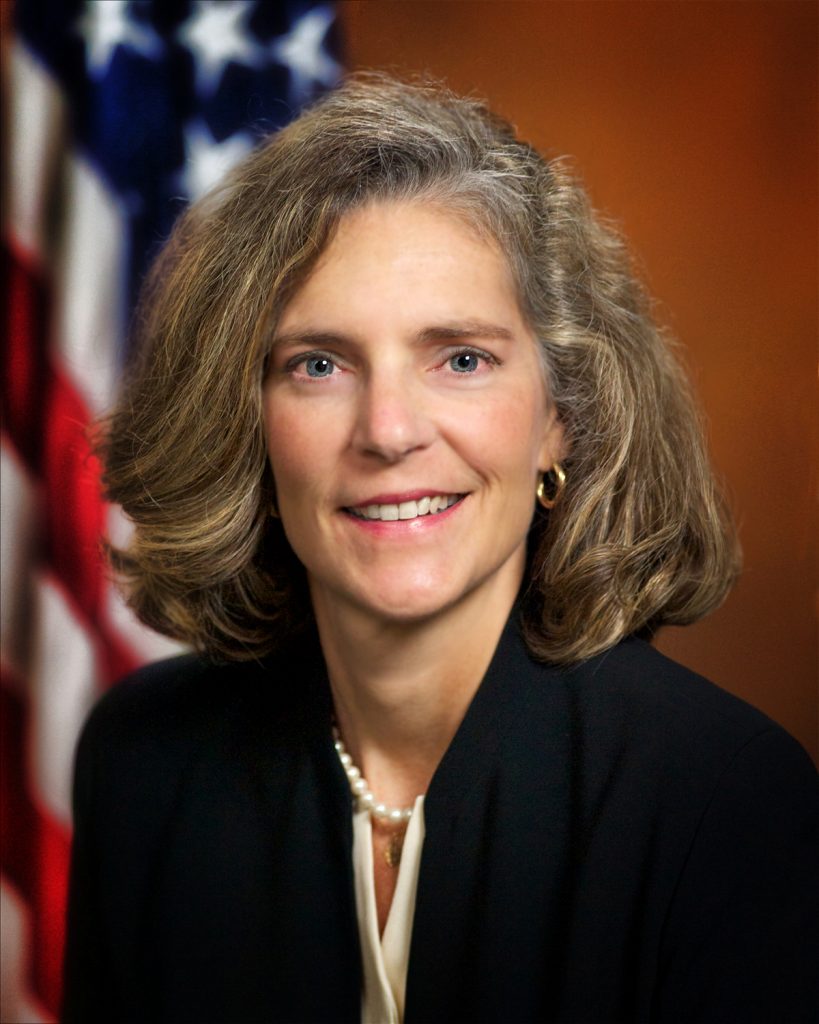 Leslie A. Hagen serves as the Department of Justice’s first National Indian Country Training Coordinator. In this position, she is responsible for planning, developing and coordinating training in a broad range of matters relating to the administration of justice in Indian Country. Previously, Hagen served as the Native American Issues Coordinator for the Executive Office for United States Attorneys. In that capacity, she served as EOUSA’s principal legal advisor on all matters pertaining to Native American issues, among other law enforcement program areas; provides management support to the United States Attorneys’ Offices (USAOs); and coordinates and resolves legal issues. Hagen is also a liaison and technical assistance provider to Justice Department components and the Attorney General’s Advisory Committee on Native American Issues.

Hagen started with the Department of Justice as an Assistant United States Attorney (AUSA) in the Western District of Michigan. As an AUSA, she was assigned to Violent Crime in Indian Country handling federal prosecutions and training on issues of domestic violence, sexual assault and child abuse affecting the eleven federally recognized tribes in the Western District of Michigan. Ms. Hagen has worked on criminal justice issues related to child abuse, domestic violence and sexual assault for over 25 years.

Prior to joining the Department of Justice, she served as the staff attorney with the Civil Legal Justice Project for the Michigan Coalition Against Domestic and Sexual Violence and as a specialist in Michigan State University’s School of Criminal Justice. From 1997-2001, Ms. Hagen served as the Violence Against Women Training Attorney for the Prosecuting Attorneys Association of Michigan. During her 4.5 years in that position, Ms. Hagen developed a program that was recognized as Aone of the best state-level training programs on violence against women in the country@ by the Institute for Law and Justice in Washington, DC through an evaluation conducted for the Department of Justice. Ms. Hagen was the elected Prosecuting Attorney for Huron County, Michigan for two terms, an Assistant Prosecuting Attorney for Midland County, Michigan and a Prehearing Division Attorney for the Michigan Court of Appeals.

Throughout her career, Ms. Hagen has received several honors, including the 2013 and 2010 Attorney General’s Award for Exceptional Service in Indian Country and a Director’s Award from the Department of Justice in 2004. She received appointments in 2001-2002, 2002-2003, 2003-2004, 2004-2005, 2005-2006, and 2006-2007 to the position of Chair for the State Bar of Michigan’s Domestic Violence Committee, gubernatorial appointments to two terms on Michigan’s Domestic Violence Prevention and Treatment Board, and the 1991 Outstanding Young Lawyer Award from the State Bar of Michigan.

Ms. Hagen is a graduate of Alma College and Valparaiso School of Law.