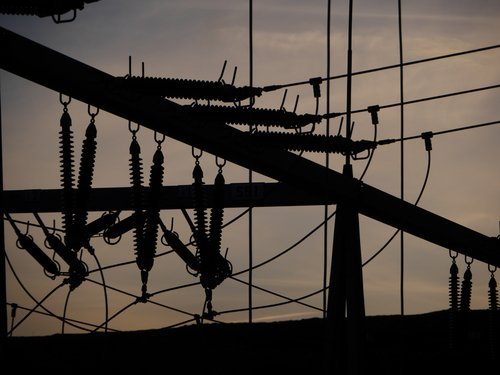 It’s often said that one of the surest ways to cause fear, calamity or concern is to disrupt the simplest things that most people take for granted.

Disrupting the power supply? And access to all of the technologies upon which we depend for modern life? It’s the kind of scenario movies and novels have been written about… and yet is all too real of a possibility.

Join Tommy Waller from the Center for Security Policy, for this recorded webinar as he explains:

[This interview has been edited for length and clarity.]

Justice Clearinghouse Editors (JCH): Your webinar discusses the various types of threats to the power grid – physical, cyber, EMP threats and geomagnetic.  But the average civilian never thinks about there “NOT being power…” we just flip a switch and the lights go on. How likely or imminent is this kind of terrorist attack? Can you compare its likelihood to other forms of attack?

Tommy Waller: Americans are absolutely dependent upon electricity for life and all of us take it for granted.  The likelihood of our civilization losing electricity is 100% if we do not protect our infrastructure.   Even if we can prevent an attack by humans (whether physical or cyber) there is a 100% certainty that the earth will connect with a geomagnetic storm in the future.  The electromagnetic energy generated by these storms can cause catastrophic damage to our infrastructure.

During the course of our webinar I will explain how the phenomenon occurs, what happened in 1859 when the earth was struck by a relatively severe solar storm, known now as the “Carrington Event” and what the effects would be today if earth was struck by this type of storm (which we missed by just 9 days in 2012.)

The likelihood of our civilization losing electricity is 100%

if we do not protect our infrastructure.

The likelihood of humans attacking our most critical infrastructure is extraordinarily high.   The Obama administration reported that physical attacks on grid infrastructure (normally termed “vandalism” by the utility companies) happened on a weekly, if not daily, basis.  Open source information shows some civilian utility companies reporting 10,000+ attempted cyber intrusions/attacks monthly while closed-door discussions reveal that the number is in the millions per month, depending on the size of the utility.

Meanwhile, North Korea warns of a nuclear strike on the U.S. as it orbits two satellites over the earth on the right trajectory for a High Altitude Electromagnetic Pulse (HEMP) attack, since those satellites could be carrying nuclear payloads (which, when detonated high above earth, produce electromagnetic effects even more severe than a solar storm).  Kim Jun-Un is working hard to put a third “satellite” into space midst his threats to attack the U.S.

Two years ago U.S. NORAD moved its headquarters back into Cheyenne Mountain due to its survivability to EMP after it was revealed that North Korea’s ICBMs are capable of reaching the U.S. with a nuclear payload – another method of HEMP attack.  North Korea has also rehearsed the “Scud in a Tub” scenario whereby they would launch a nuclear-capable missile from a freighter to conduct this type of attack.

Notably, Iran has done much of the same work as North Korea and, despite denials among many senior ranking members of the U.S. intelligence community, is thought by our experts to already possess nuclear weapons.  This – the largest state sponsor of terrorism – was recently enriched with hundreds of billions of U.S. dollars after the execution of the “Iran deal” – which was eerily similar to the “agreed framework” established to keep North Korea from attaining nuclear weapons.  Meanwhile, some of Iran’s most current military doctrinal training manuals discuss EMP more than 20 times as its senior leadership call for the destruction of Israel and America and claim that “a world without America is not only desirable, but it is achievable.”

Indeed, it is through a loss of the U.S. Electric Grid that America would most quickly cease to exist, and all of our enemies know this, yet little is being done to protect this most critical infrastructure from these existential threats.

90% of Americans would die

in the first year of a prolonged nationwide blackout.

JCH: We all know the inconvenience of being without power during a snowstorm, prolonged heavy rain or other natural disaster… but an attack to our power grid is certainly different. Can you discuss the implications and impacts a prolonged blackout might be for us and how that would affect our justice professional community?

EVERY one of these critical infrastructures depends upon electricity and the U.S. Electric Grid.

In our webinar we will discuss a few of these examples, including what could happen to the more than 100 nuclear reactors in our country if provisions are not made to harden them from the aforementioned threats and ensure that they have backup power (and the diesel fuel necessary to run back-up generators).

Our nation has learned during various natural disasters (such as Hurricane Katrina) how the public reacts to adversity.  Many national security experts consider the U.S. “9 meals from chaos” since most households do not have more than 3 days of food and water in their domicile.

The Congressional EMP Commission, after studying the threat from EMP for more than 8 years, reported that up to 9 out of 10 Americans would die in the first year of a prolonged nationwide blackout.  This would occur from starvation, disease, and overall societal collapse.

America’s propensity towards adversity turning quickly into societal collapse has as much to do with our nation’s dependence on the comforts and sustenance provided by modern technology as it does our citizens’ overall lack of personal, professional, and family resilience.  Our society has been conditioned to think that “government will save us” and that they only need to be ready to survive 72 hours before “FEMA shows up.”

These realities should be cause for concern for local, state, and federal government and law enforcement.  If our nation’s law enforcement and first responders aren’t prepared themselves, and if provisions are not made to care for their families in the event of a prolonged blackout, should the nation’s citizens expect them to “show up to work” and enforce the law?

Unfortunately, these tough questions are not being addressed at the federal level.  This underscores the importance of local and state agencies becoming aware of threats to our grid, doing all they can to protect our grid infrastructure, and doing everything they can to prepare for a prolonged blackout before it occurs

The most critical thing

that webinar attendees will gain is awareness.

JCH: This is an interesting line of work – particularly working to keep our infrastructure safe and secure. What drew you to this specific area of justice and protecting the public? What keeps you motivated or inspired to keep going in light of some of the horrible things you must encounter as part of your jobs?

Tommy: I did not apply to work for the Center for Security Policy but was rather recommended for the position from a colleague (as I was leaving Active Duty in the Marines) in what I can only describe as a “gift from God” to place me in the position where I now have the opportunity to work in what I consider my current “calling.”

Of course, as the question alludes, this “gift” sometimes seems more of a burden when you consider the weight of the knowledge of such things as a “grid down scenario” or some of the other topics we study at The Center (such as the horrible atrocities committed in the application of jihad.)  My personal motivation to continue working hard to speak the truth on these tough topics (jihad is especially difficult to discuss in today’s “PC” world) comes from three places:  1. My faith.  2.  My family.  3.  My oath.

The cognitive, emotional, and spiritual “weight” of this line of work causes me to start and end the day on bended knee…and thankfully I have my share of “miracles” to boost morale.  It causes me to appreciate every minute I have with my wife and beautiful children and to work as hard as necessary to protect them.  It causes me to reinforce the value of the oath I took as a Marine to “support and defend the Constitution of the United States…” which is really an oath to protect a way of life that is just a tiny glimpse of “good” in more than 6000 years of recorded human history.   America’s current lifespan of 241 years is less than a half of percent of that mostly tyrannical history and it’s something worth preserving.  Our military and law enforcement are on the front lines of protecting this way of life every day and I am indebted to the men and women who wear the uniform, no matter what the camo pattern or agency color.

JCH: A large number of our readers and subscribers are in law enforcement, but we have representation from all parts of the justice arena. Can you share some specifics of what different types of justice professionals will gain by attending your webinar? What skills or new knowledge will they gain that they can immediately use the next day on the job?

Tommy: The most critical thing that webinar attendees will gain is awareness.   This awareness will be in the form of understanding what threatens the U.S. electric grid, what very little is being done to protect the grid from some of these threats, and an awareness that all of us must become advocates for securing the grid.  Often times, after people gain in-depth knowledge on this topic it changes the way they think on a daily basis and makes people appreciate the things we have in our modern society.

Law enforcement professionals can take this information and immediately go to their local and state government, to intel fusion centers, to their national guard units, and to their utilities and begin the conversation to ensure that the right people know the location of the state’s most critical grid assets, how they must be protected, and what must be done if they are attacked.

Similarly, they can help begin the conversation with local and state leadership to discuss what they need to do to plan for a prolonged outage.  Finally, they can begin to take prudent steps toward preparing their own families to be ready to weather the storm, physically and spiritually, in case this “grid down” scenario becomes a reality.

To watch Lights Out: Threats to the US Electric Grid and Implications to a Prolonged Blackout, click here. 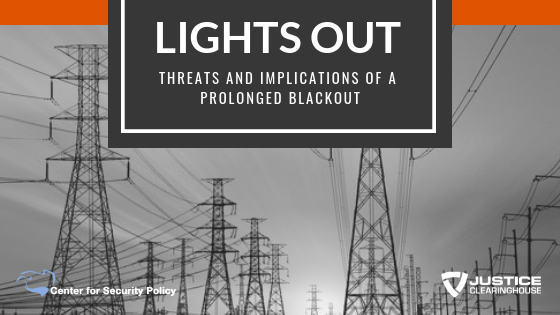 Lights Out: Threats to the U.S. Electric Grid and Implications of a Prolonged Blackout