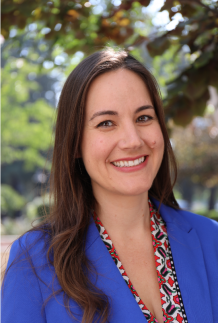 Marisa McKeown is a Supervising Deputy District Attorney in Santa Clara County (Calif.) and has been with the DA’s office since 2006. During her years at the DA’s office she has supervised Central Felonies and General Felonies before she was chosen to create and lead the office’s Crime Strategies Unit in 2016. The Crime Strategies Unit is an Intelligence-Led Policing and Prosecution Unit and involves large-scale investigative projects with the County’s police agencies. Ms. McKeown was a trial attorney on multiple units in the office, including Gangs and Sexual Assault. During her time at CSU she has spoken across the country about intelligence-led policing and prosecution. In particular, she has trained hundreds of police and prosecutors about gun violence restraining orders and gun-related intelligence, including the importance of ballistic imaging for all seized firearms. Her true love at work is Gang investigations, and outside of work is her two daughters, ages 6 and 8.