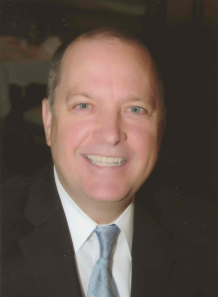 Michael Parker created and implemented the internal and external communications and social media strategy for the Los Angeles County Sheriff’s Department (LASD) from 2009-2014. After 32 years of service, he retired in 2017 as Commander of the LASD Personnel and Training Command, with oversight of Recruitment, Testing, Backgrounds, and Hiring, in addition to Recruit and Advanced Officer Training. 1,040 sheriff’s deputies and 143 police officers graduated the Sheriff’s Academy in his last two years with the LASD. He has published more than 100 articles and presented at 100 conferences to policing and government officials from hundreds of agencies and 58 countries. In 2012 he received the “Community Preparedness Heroes Award” from the Federal Emergency Management Agency (FEMA), and in 2013 he received the “Community Preparedness and Resilience Champions of Change Award” from the White House. In 2016, he received a U.S. Attorney’s Office Law Enforcement Award for a Multijurisdictional Social Media Criminal Investigation. He has presented six times over the past eight years at the annual Harvard Labor and Worklife Police Union Leadership program. He is now an independent consultant with The Parker Group.