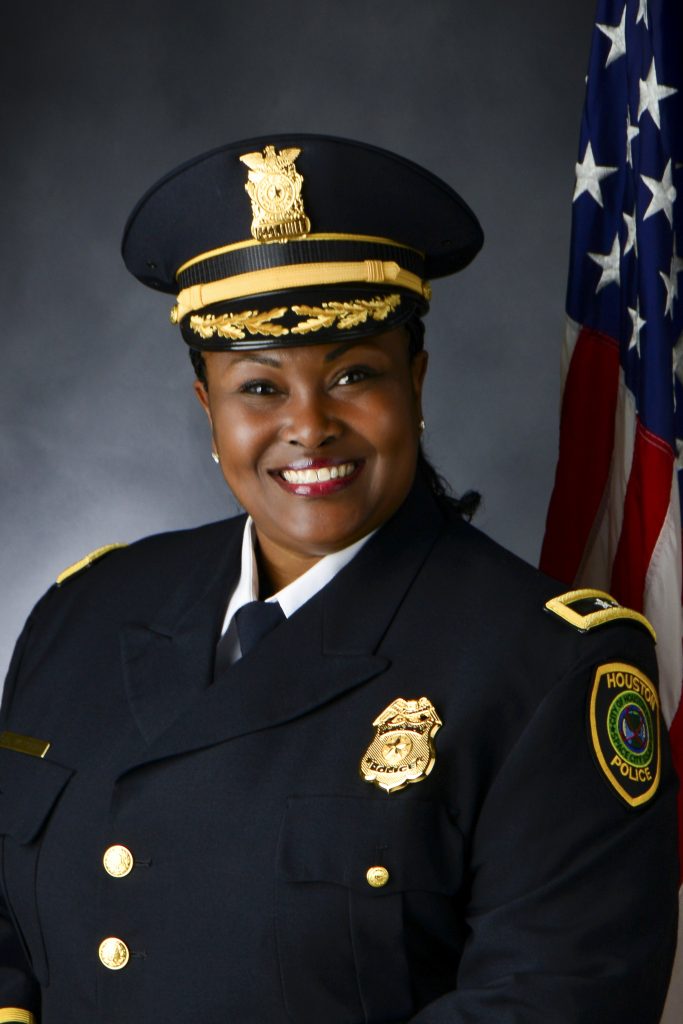 Assistant Chief Sheryl Victorian is a native Houstonian and a 26-year veteran of the Houston Police Department.  She promoted to Assistant Chief in October of 2017, and is currently assigned to Patrol Region 2 Command.  As a Division Commander, Chief Victorian was assigned to South Central Patrol.  She held the position of lieutenant for over two years, and was assigned to the Training Division and the Child Sexual Abuse Unit.  During her seven years as a sergeant, Assistant Chief Victorian was assigned to Southeast Patrol Division, Investigative First Responders Division, Child Sexual Abuse Unit (formerly Juvenile Sex Crimes), and the Reactive, 30-day, and Proactive Units of the Internal Affairs Division.  As an officer, she spent 11 years of her career as an undercover investigator assigned to the Major Offenders Division.  She also worked as a Gang Task Force Officer and Patrol Officer in the Southeast Patrol Division.  Chief Victorian had a brief opportunity to work the night shift murder squad in the Homicide Division prior to being promoted to sergeant.

Throughout her 26 years of experience, she has earned many awards and commendations for her service and dedication to the Houston Police Department and the City of Houston.  She was recently awarded the 2018 Public Interface award from the American Society of Public Administration.  Chief Victorian credits her diverse law enforcement background for teaching her the importance of internal and external networking, teamwork, relational policing, mentoring, and professional development.