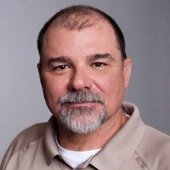 Terry Mills is Director of Blood Sports Investigations for the ASPCA Field Investigations and Response team. Mills is widely known in the animal welfare community for his work on the 18-month-long federal dogfighting raid, which covered eight states, resulted in the seizure of more than 500 Pit Bulls in one day and more than 100 convictions.  The case became known as the Missouri 500.  Prior to joining the ASPCA, Mills spent 32 years as a Missouri State Trooper, where he investigated major crimes and participated in undercover operations involving narcotics, homicide, terrorism, organized crime and gang-related activities. Mills also served as an investigator in Missouri’s Organized Crime/Anti-Terrorism unit and as an FBI Joint Terrorism Task Force Investigator.